Well, it’s been a long and quite productive year, even if it doesn’t quite seem that way, yet. While I would usually use this space to wax poetic about all the things that we got done, I think I’ve done it before–so this time I intend to do it differently: I’ll let our accomplishments speak for themselves next month. For those that didn’t read the poem or watch the update stream today, let me sum it up in a TL;DR for you:

Please note that we need to limit initial access to a more restricted group of testers, due to some tech/time requirements as well as to ensure that we don’t have to chase down problems caused by inadequate hardware specs (we’ve only just begun to optimize the new stuff). Also, we really, really only want people who can play when we are in the office, and who are willing to give us meaningful feedback.

That said, on to the Top Tenish.

In terms of art, well, we have lots of new and interesting things to show you. Let’s get this end-of-the-year update started with a bang–well, a loud thump at least, with some new siege weapons:

And how about these? 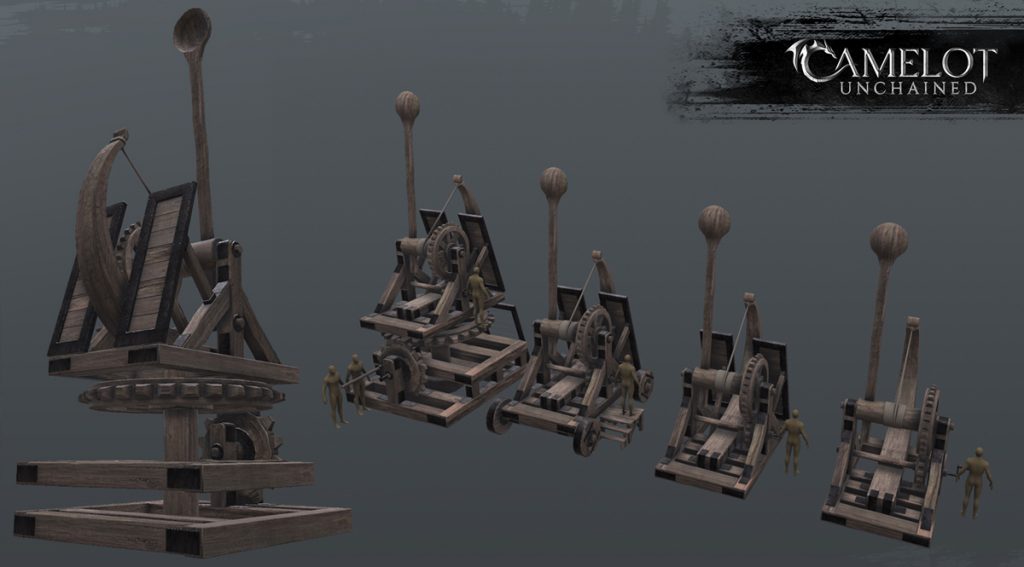 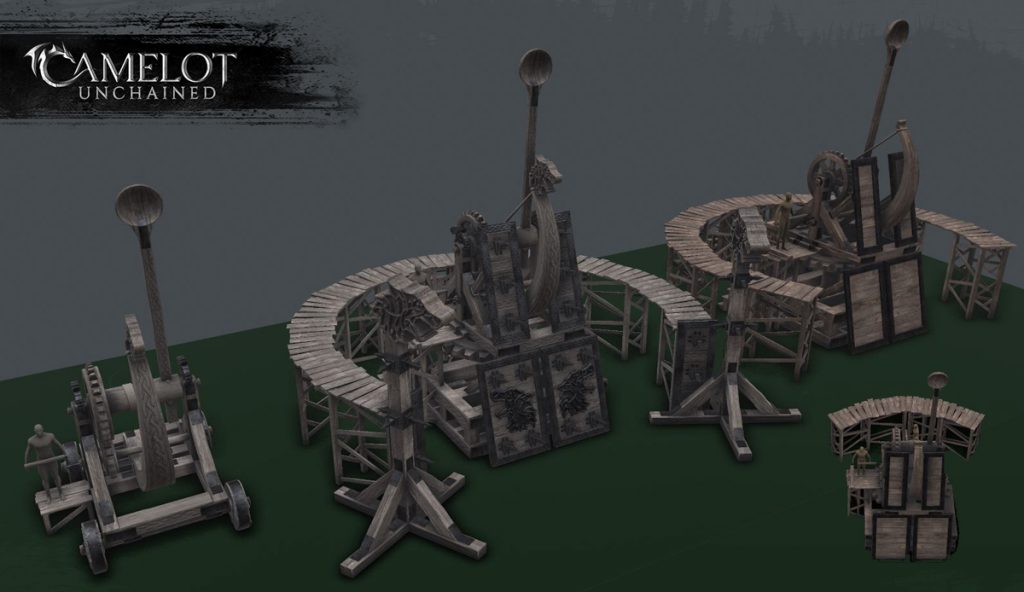 Here’s one in motion:

Now, they need something to fire their projectiles at, don’t they? 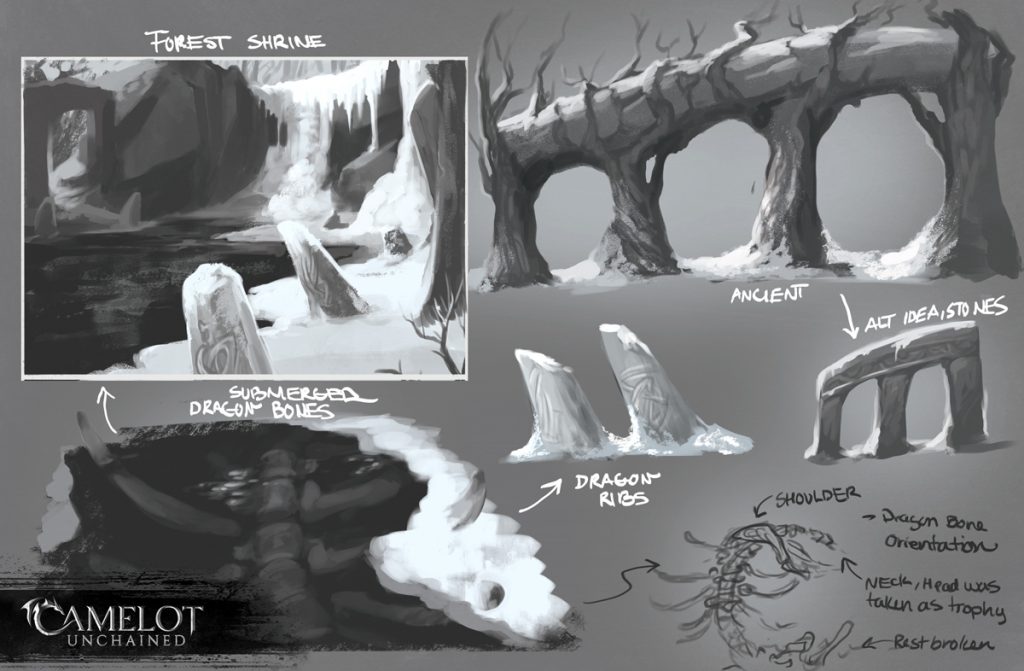 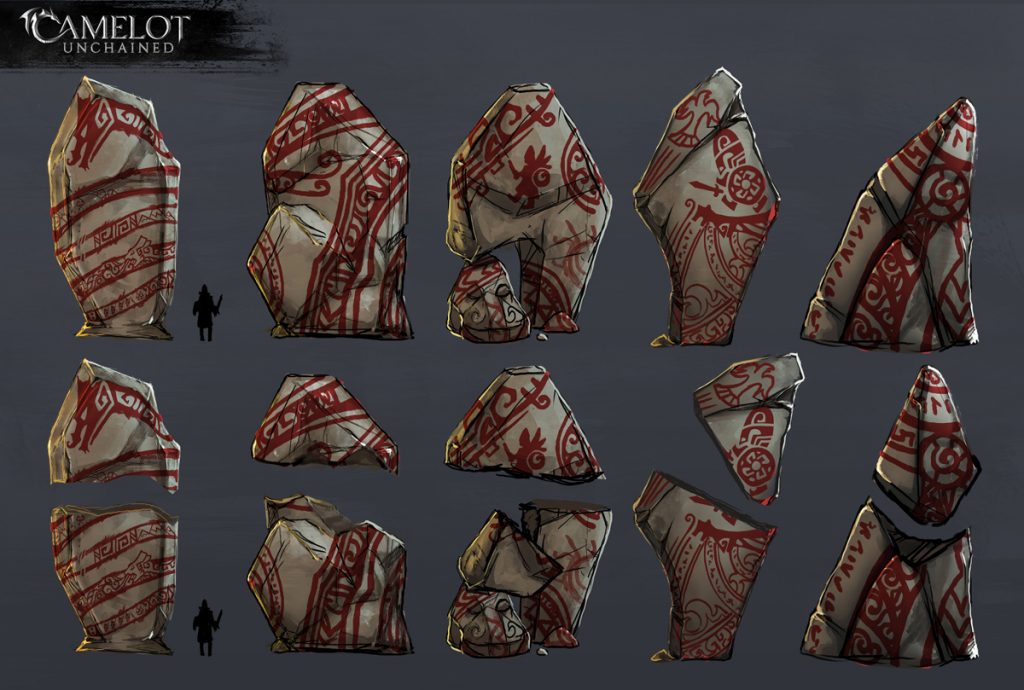 And while having rocks and Donnie thrown through the air at you, having some shields would be helpful: 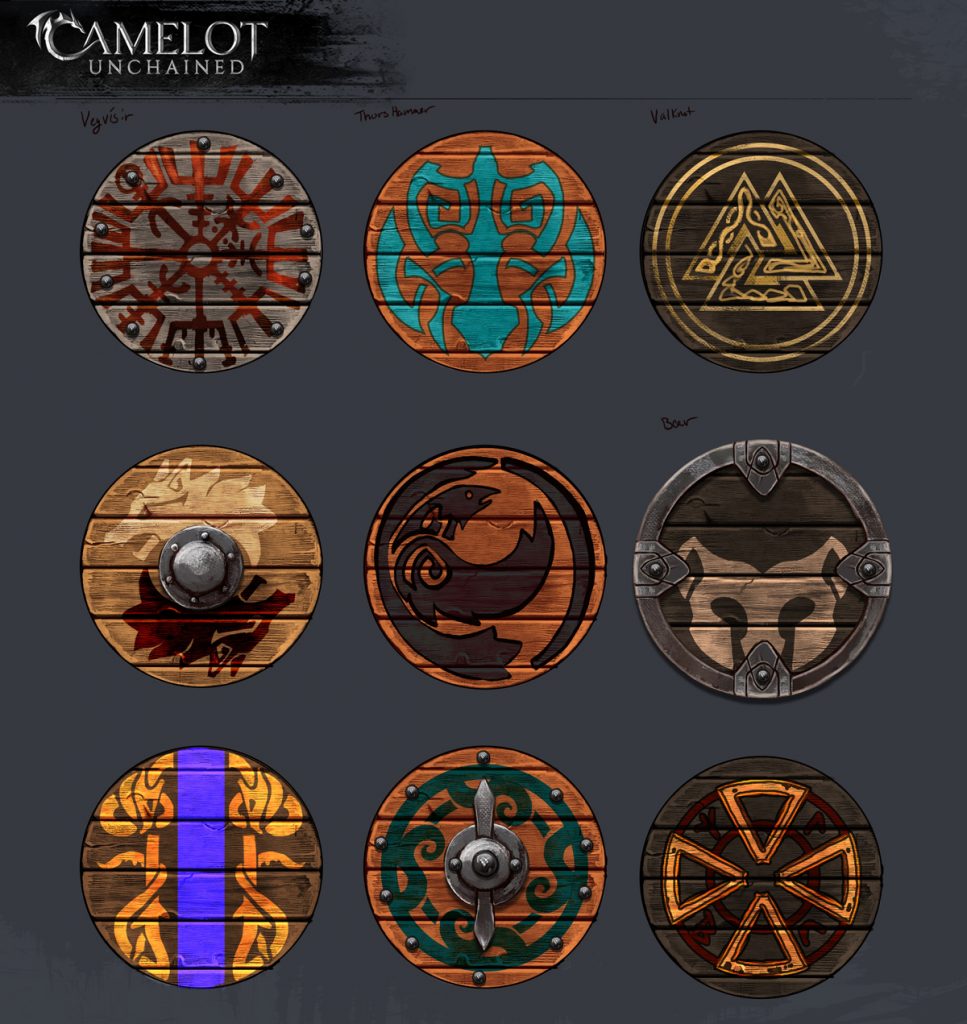 And some helms too: 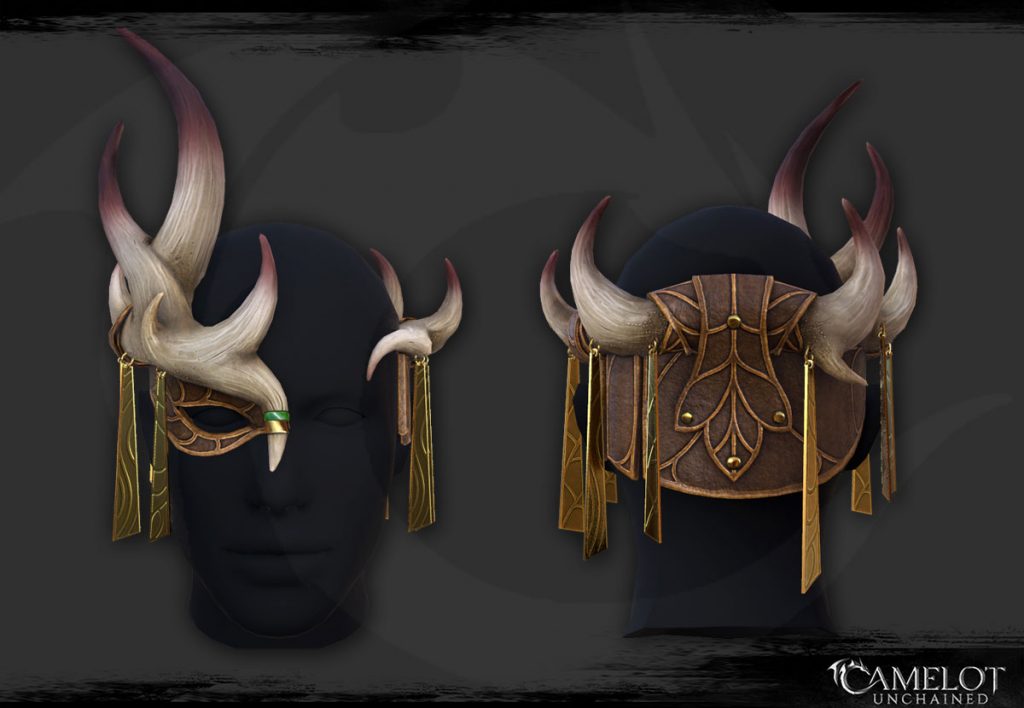 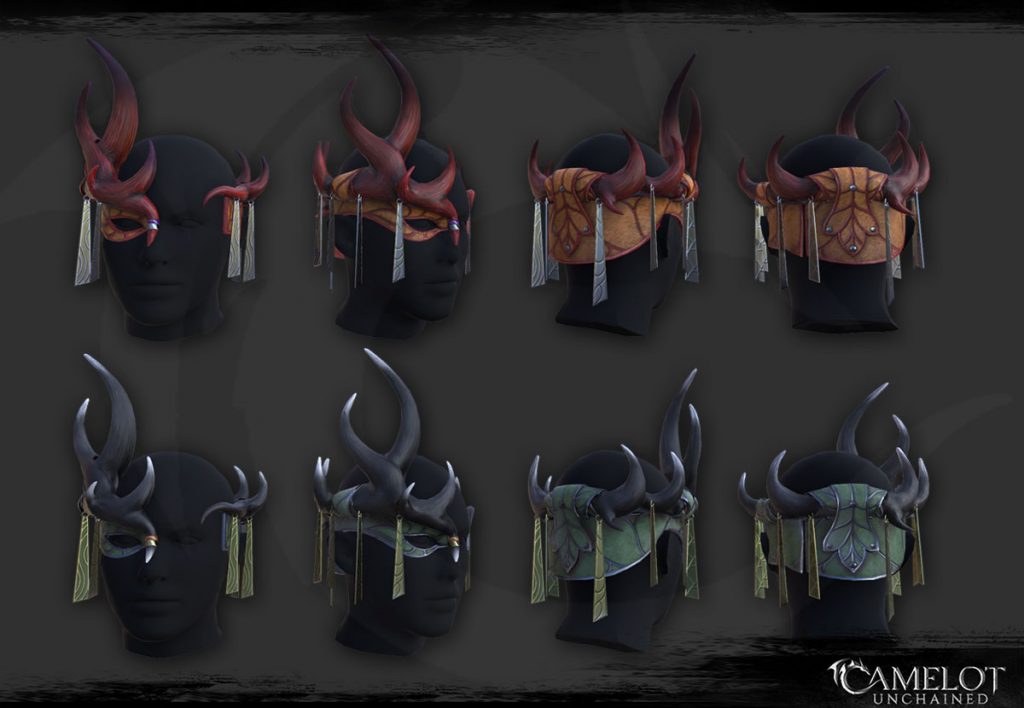 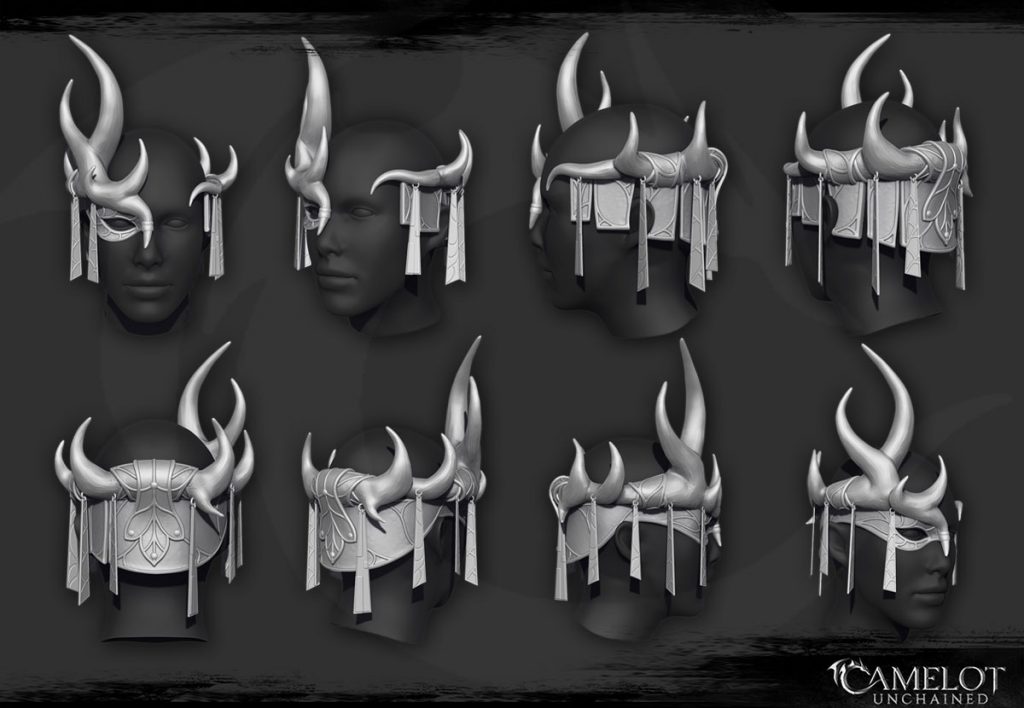 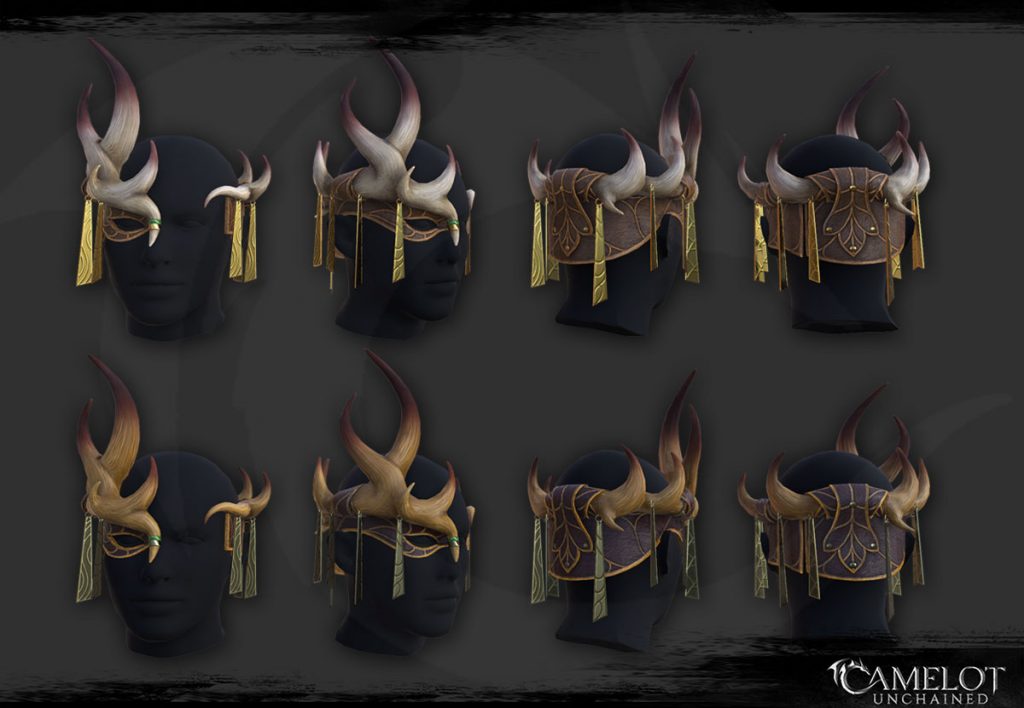 Now let’s go to some concept art for fauna and flora, for CU doesn’t live on warfare alone: 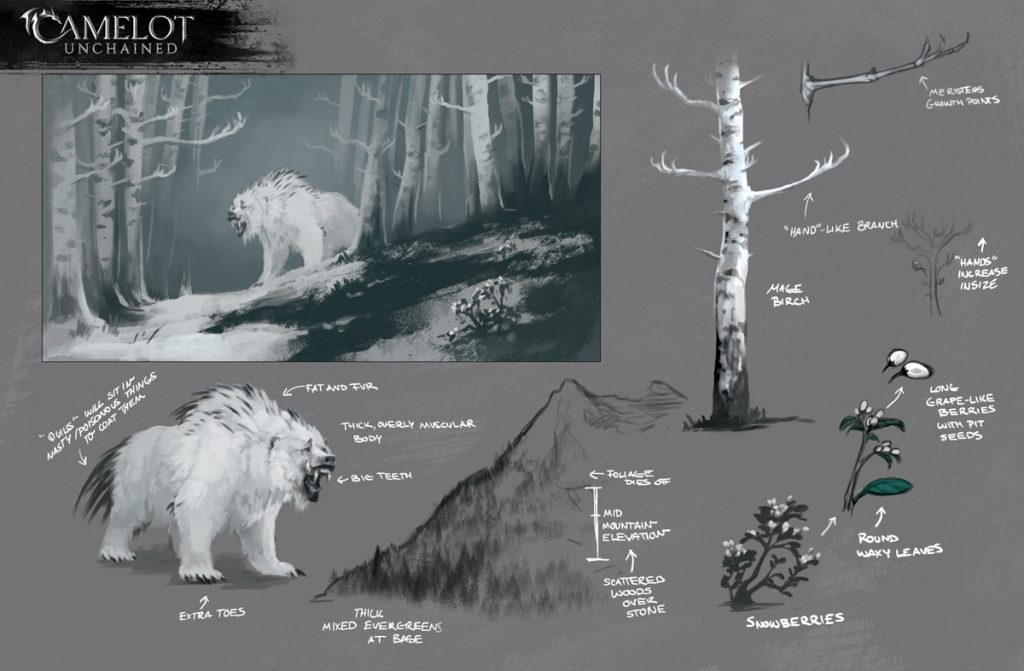 And another concept piece with lots of creature features: 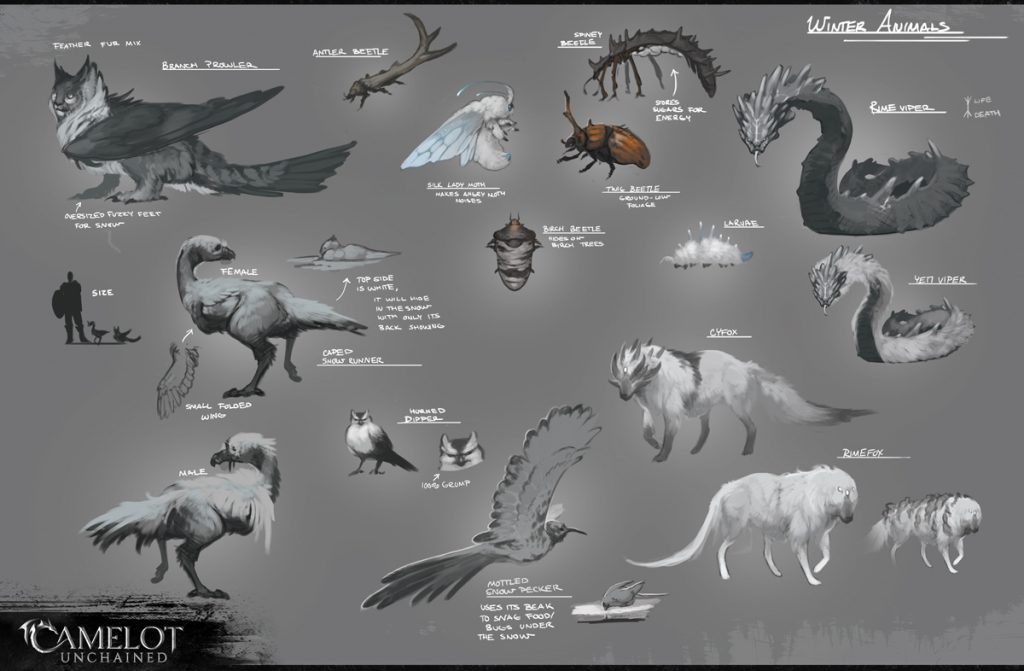 Let’s get some colors into the mix. Here’s a cutie-pie, you can call it Red! 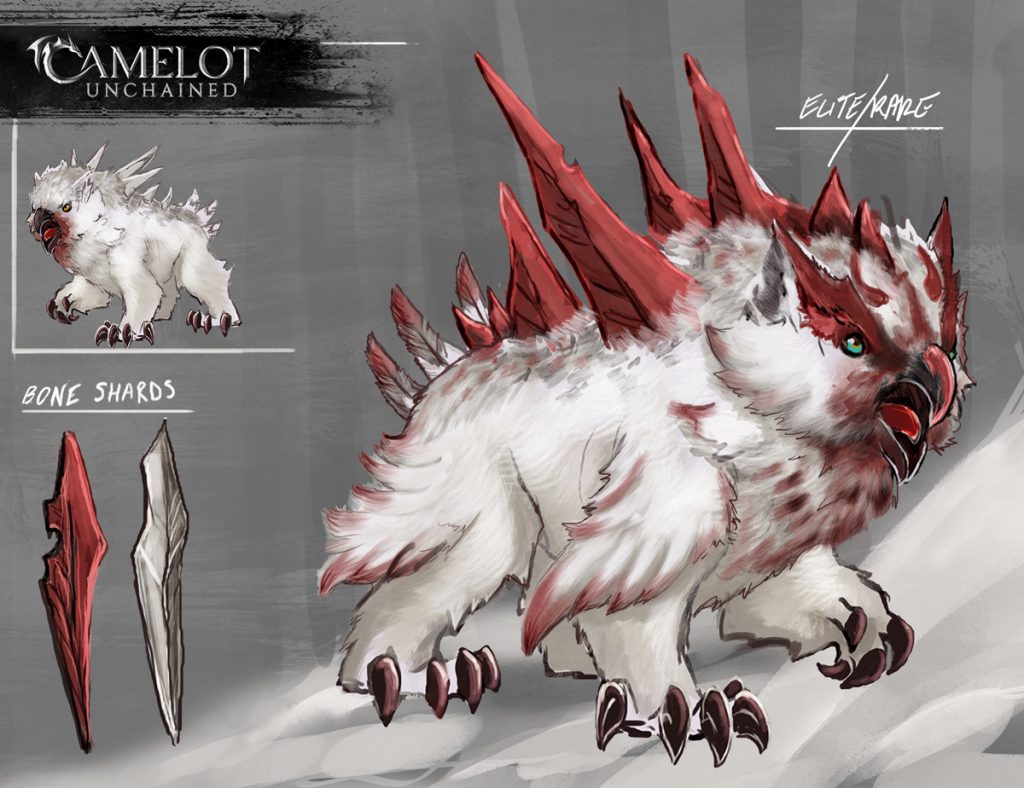 And we don’t want to be accused of favoring red critters over blue critters, so here’s a few true bluebirds: 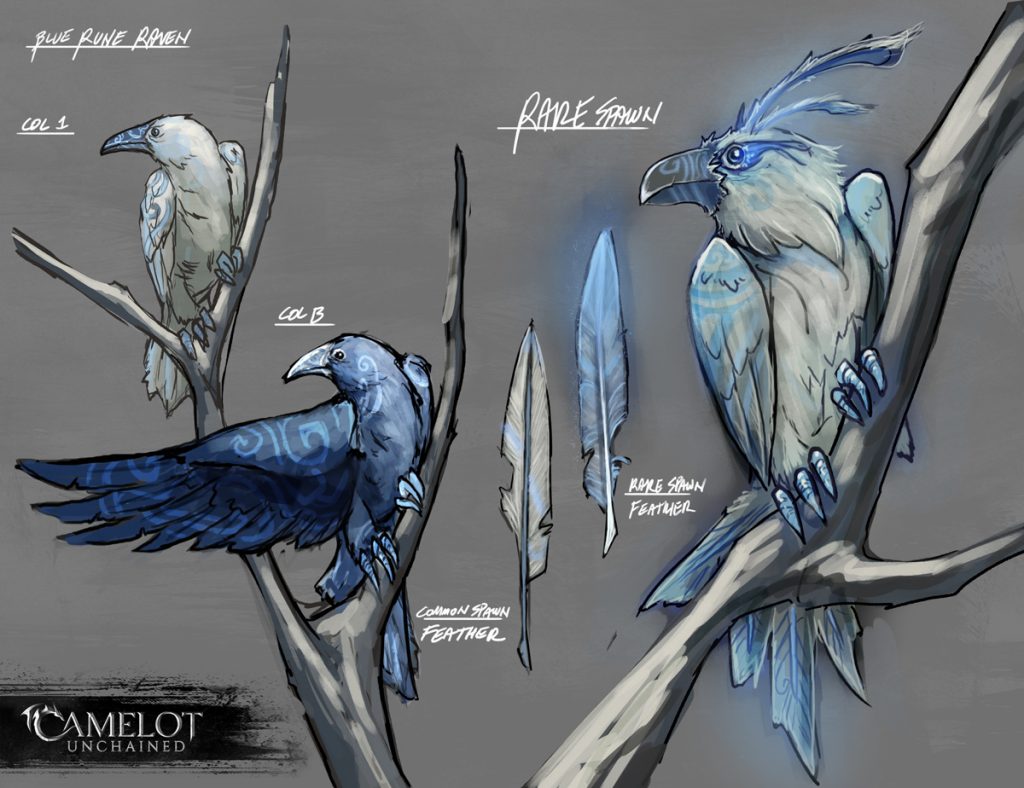 Now, why do colors matter (other than that they’re pretty)? Let’s start with a study in red: 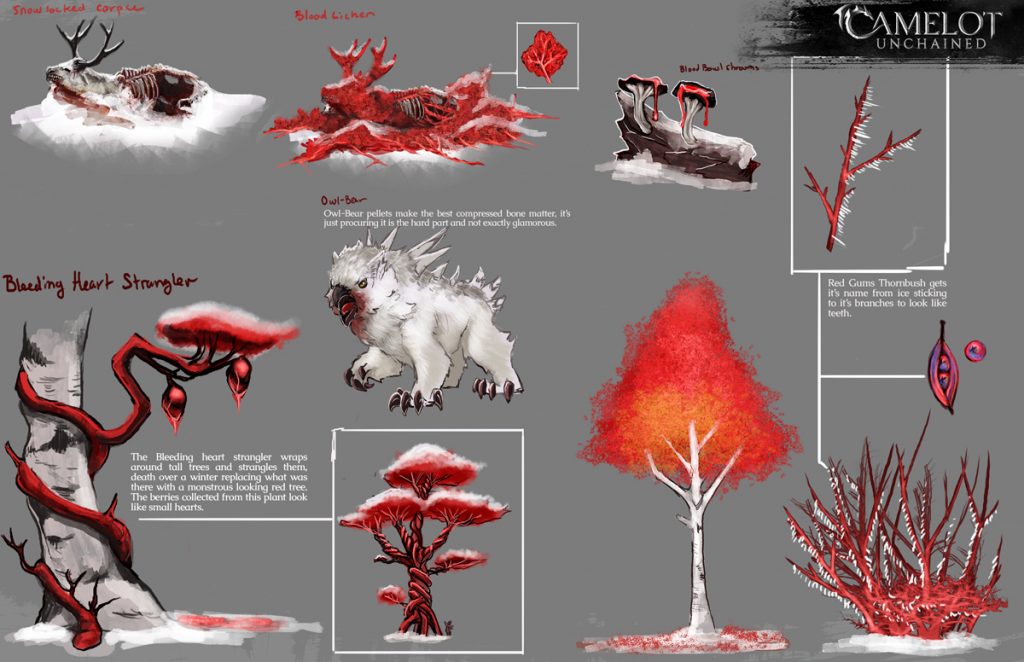 And back to blue: 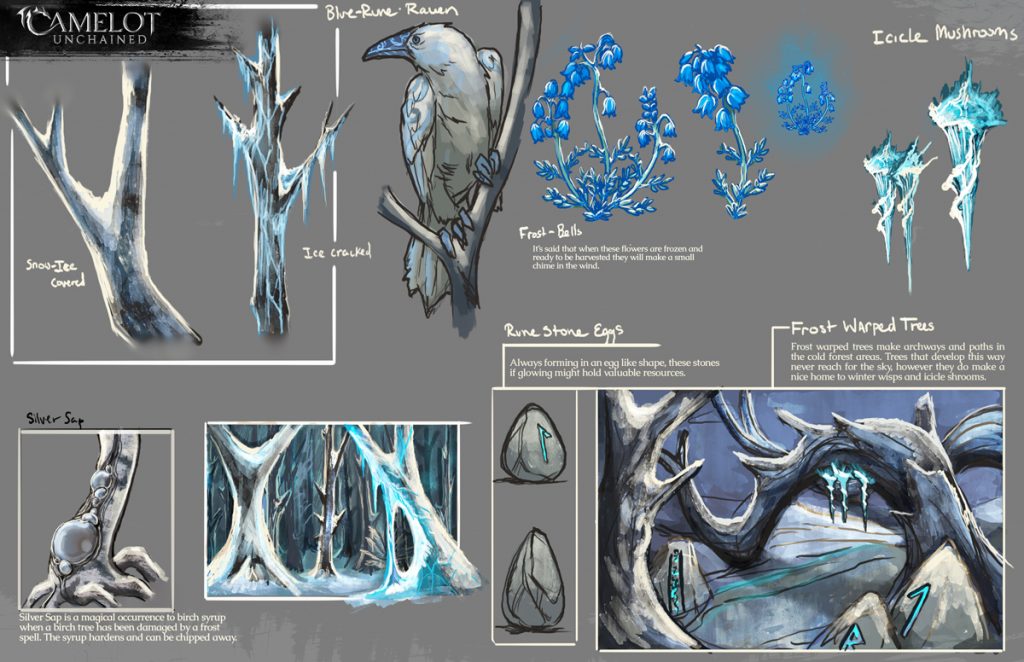 Here’s how we would like a red area to look:

Let’s end the art update with something big, courtesy of Jon: 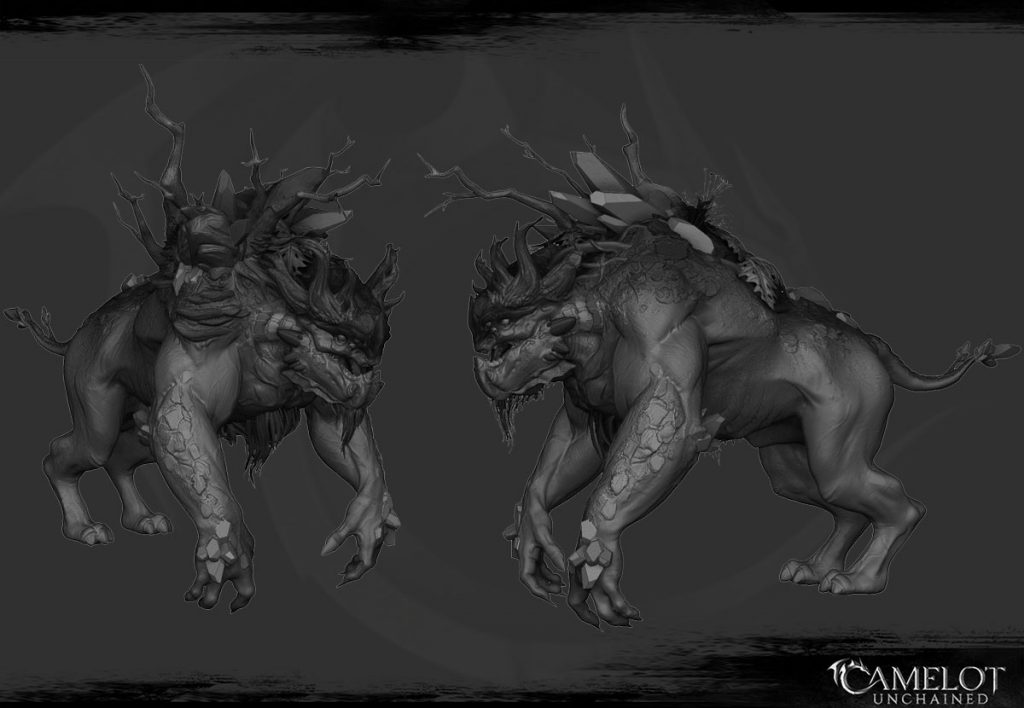 I know it’s been a long wait and since late June, we haven’t had the kind of updates you all probably hoped we’d have. Well, I promise you that in January you will see everything that we have been working on since then come together in an experience that you might not have expected from us based on our updates alone. It is a massive, immersive experience that is unlike anything we have shown you to date. I am trying to avoid hyperbole, but it is indeed that big of an update and its importance/benefit to our Backers, Camelot Unchained, the Unchained Engine, and CSE will be, well, quite obvious. And, it’s going to be a fun experience, not a tech demo!

With that, on behalf of everyone at CSE, I thank you for your support and patience. In January, as I said in the Christmas Eve poem, you will see what magic we weaved.

P.S. For those that didn’t read the Christmas poem:

‘Twas the night before Christmas, and all through the net,
Some Backers were worried, had they made a bad bet?
They pledged and they waited, they hoped, and they paid,
As the months turned to years, would a game ever be made?
We promised them action, we promised them fun,
Yes, the years flew right by, but things slowly got done;
And next month they’ll know what magic we’ve weaved,
And what will come next they’ll need to see to believe!
The sky will be dark, the sky will be red,
Once everything starts, some will go out of their head;
They’ll need their big axes, and their sharpened spears,
They’ll wage massive battles, and some will shed tears;
Will this really happen? Some questioned with glee,
I will make you a promise, and that’s a rare thing to see;
By the end of next month, On darkness in night,
You’ll wage colossal battles; will you join this fight?
Backers! Prepare for the next month, our ITs will be first,
And next will come Alphas and soon from excitement, Betas will burst;
It’s all thanks to Backers for this Christmas cheer,
The battles in January should help ease your fear!
To all of you out there, from all of us here;
We hope that you have a colossally fun year!