Another week has gone by here in beautiful, but weather-confused, downtown Fairfax, Va.  As usual, we have a number of things to talk about, and once again, they are all good! Let’s start with the current status of the game’s development.

As I’ve been saying for months, we’ve been slowly building up momentum as our Seattle team has grown and has come up to speed on the game and our process. It’s been very much a symbiotic relationship, as the studios are working together and helping us both grow as one team. As you saw from last week’s update, and today’s as well, more and more gameplay continues to be added to the game.  I know it has been a longer road than we expected, but the good news is that not only have we stuck to our principles (openness, integrity, not treating our customers as an ongoing cash shop), but now we can show the kind of progress that so many of you have so patiently waited for. Whether it is the engine, the game, or even the office in Seattle (I hope to sign a lease when I’m out there this week), we continue the march to Beta 1. With that, let’s take a look at the Top Tenish™ list for Camelot Unchained™.

So much goodness in this past week, and so much more on the way in the coming weeks. As per always, building an engine is hard, and building an engine that can do what ours can do already is even harder; However, the light at the end of the tunnel just gets brighter and brighter, as well as closer, every week.

With that, let’s head over to the Land of Art and see what we have to show you this week. Per our Top Tenish, we’ve not only been working on adding more functionality to the improved animation system, but are also looking at ways to improve the look and feel of combat. This week, we spent time talking about how we can keep our dynamic timing adjustments on animations based off the skills you build, while improving the visuals. We came up with some good ideas to test out, based off a big two-handed axe swing. This animation is an example of a full body attack, vs upper and lower body separately, as part of the test.

Of course, everyone needs to look good while swinging around their weapons! Jon went in to do a bit of cleanup on the Arthurian heavy armor this week, and did a second round of overall material work. We’ve learned a lot of new techniques in making our materials, and in this case, it’s clear we were able to add a lot more detail. There’s a bit of wear and some good “secondary read” to the armor, when you look closer. The cool thing is, not only did this take a short amount of time, but it also illustrates the type of materials we can create, which will inform our crafting system. 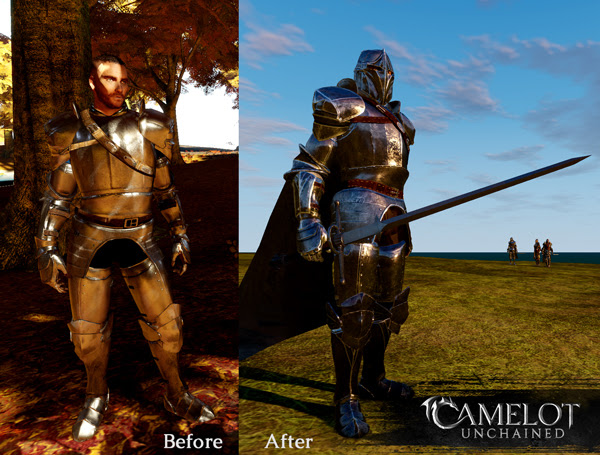 This week, we completed two TDD polearm models. Here they are, with and without materials: 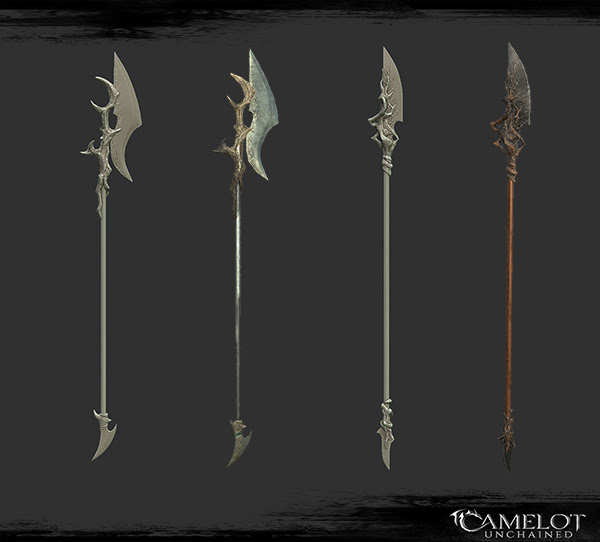 We also picked out an extra Arthurian polearm to even up the options a bit between Realms. Michelle mocked up a couple of extra images to show how we are thinking the visuals could change, using material and component crafting options. As we have not built out our crafting system to this degree yet, this is not meant to be a literal example; however, you can see how we are thinking about it. 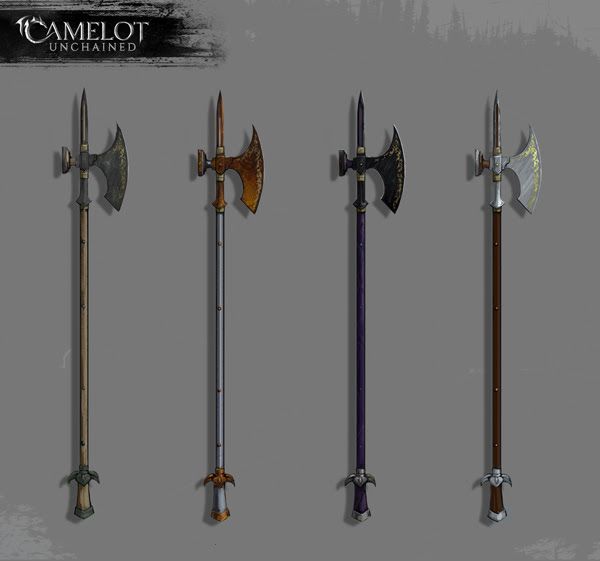 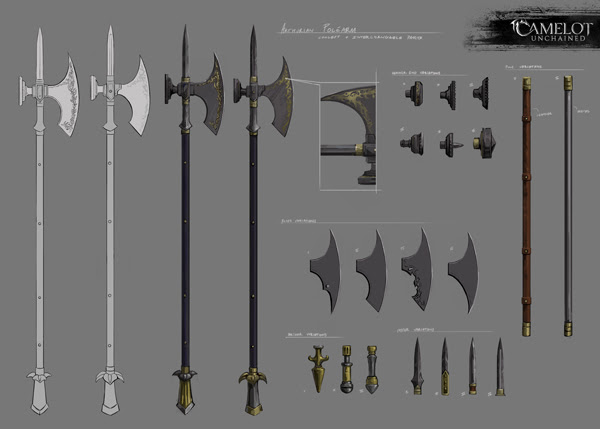 Last but not least, Jon did a quick update to our generic cloak, creating three Realm variations. 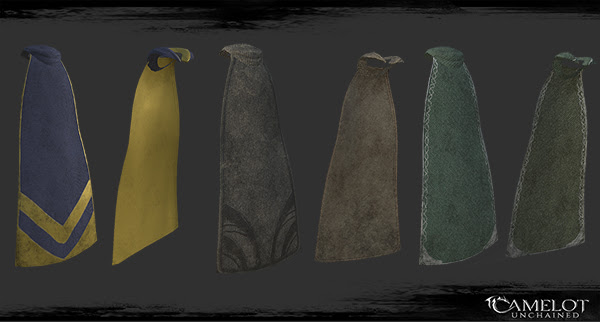 In terms of this weekend’s testing: there won’t be any testing on Wyrmling and Wyrmling Prep, even for our IT Backers, as we’re having the Bots do their thing on both of those servers. The tests so far have been looking good, but we want to have a full weekend of Bots doing the boring testing that they are so very good at doing (logging in/out continually, using abilities, etc.). In terms of Hatchery, it should be open to our IT Backers, but considered an unstable build, as we work to integrate all the wonderful new code that has been added in the last two weeks. If all goes well this weekend, we’ll hold Alpha, Beta 1, and IT tests next week and weekend. The TL;DR is: Wyrmling/Wyrmling Prep will be closed to all non-CSE folks, Hatchery may be open to IT, depending on what happens in the next few hours.

With that, myself, the Lady J, and Michael are off to the warm, sun-drenched shores and cities of Washington State and Oregon (hey, that’s what the travel agents told me!). 🙂 We don’t know if we will have time for a get-together with Backers, as we will be spending time in 3 different locations next week, but as I always say, time will tell. If it did happen, it would have to be a last-minute thing, but if you are interested in getting together in Seattle or Portland, just head to the Forums and let us know on the MJ and Family Head West thread in the “News, announcements, updates, etc.” section.

I wish you all a happy weekend and upcoming week. As always, we thank you for your support.