Max here, bringing you this week’s update from the intrepid team at CSE! It was a really intense week for progress: Andrew called it “the best of weeks, and the worst of weeks”, because we landed so many big things, but also had to deal with the complex challenges that doing so brings with it! We’re really looking forward to ironing some of those things out and getting to see the fruits of all those labors next week. Bring it on!

We’ve got a bunch of great items in this week’s Top Tenish list, the collation of the highlights from the week’s progress, where you can check out all those big pieces coming together. Progress, progress, progress!

More details on all these items often emerge from our End-of-Week Wrap-Up streams, which this week featured Andrew and Tim! If you missed that rollicking good time and all the interesting additional information, you can catch that HERE.

No test this weekend, but we are definitely working toward next week. Keep an eye on our tentative testing schedule for more info on upcoming tests.

Let’s move to the week’s highlights below!

Let’s kick off our art presentation this week with some concept art from Sandra! From top to bottom, check out the wild and weird harpolyre (kinda like a three-necked guitar), the badass bonereed pipe, and the harmonic frostaxe concepts! I think these ideas are looking great so far. 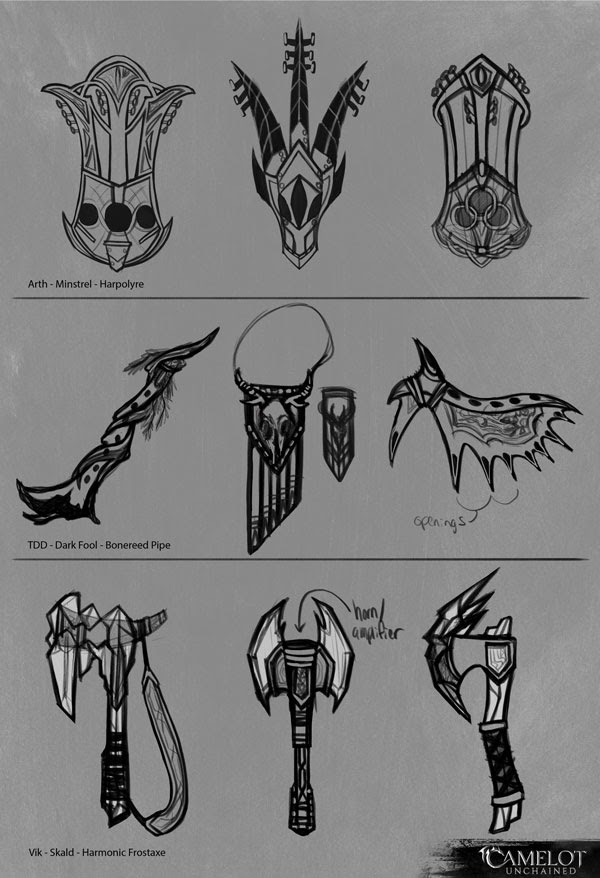 Next, we have a collection of mage staves (staffs? No, let’s go with staves) for your consideration! This first one is designed with the idea that it might one day have particle effects coming out of the top: 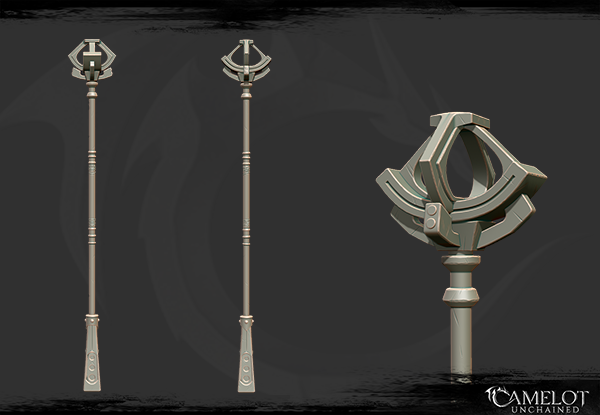 This one has a couple of dragon-y heads coming off the top: 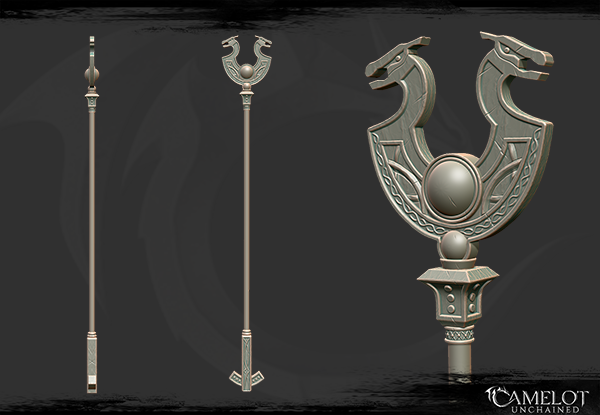 And here are the textured versions (and wireframes for good measure): 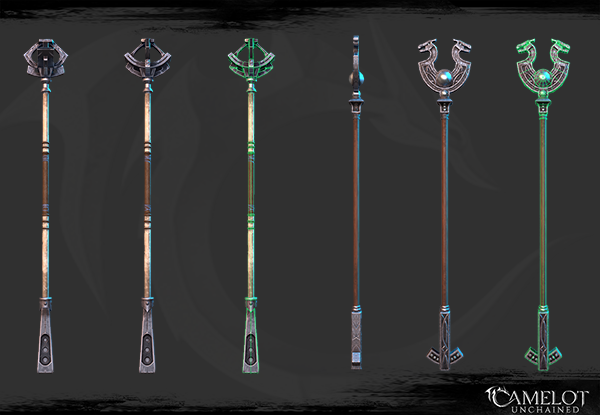 Last but not least, check out this medium armor pauldron for the Vikings! 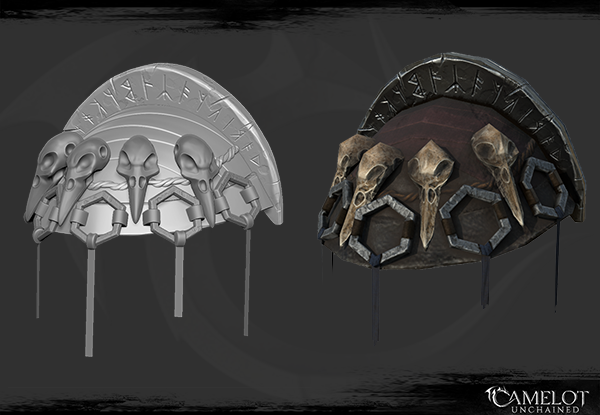 Cool stuff. I can’t wait to try out those instruments with my musical maestro, or to blast some enemies with magics from my mage staff! I’m looking forward to seeing all of these in the game.

Thanks to you all for your support and your interest in Camelot Unchained. It has always meant the world to us, and continues to do so. We continue onward, making steady pushes forward on development!

That’s about it from us this week, so have a great weekend, everyone!