A Fabulous Friday to you all. As the weekend approaches, I hope everybody survived the week with all appendages attached, and sanity firmly rooted in reality.

It’s been an interesting week for the studio. On the one hand, we had to tell you, our Backers, six weeks ahead of time, that Beta was going to be delayed. On the other hand, we were able to promise to make up for it in a number of ways. The vast majority of you handled it just great, but sadly, a small number of you (less than 50 out of 22,000 total Backers) took the refund option. We are absolutely proud that CSE is unique among Kickstarter-backed games with its refund policy.

The bad news for us is that a handful of the tiers were higher-end, fun & RP tiers (such as Inns), but here’s some good news for some Backers: we have put the refunded tiers (<said in best Sean Connery impression possible>: “Give us the refunded tiers Vasily, refunded tiers only please”) back up for sale to our Founders. So, if you missed your chance to get one of these tiers during the Kickstarter, they are back up on the Store.

To those Backers that left, we wish you well in your gaming journeys, and we truly hope you will decide to return to us in the future.

Now for some more good news. Let’s start with our Beta 1 Backers and their access to what we are going to call Extended Alpha! Starting today, our Beta 1 Backers will have the same access to C.U.B.E. and our new Extended Alpha Forums that our Alpha Backers have enjoyed for months (although not access to the Alpha itself, just yet). Note that you might have to log out and log back in before the forums grant you access!

This means that if you have Beta 1 access, you will be able to join in the building fun with C.U.B.E. 24×7, just like our Alpha and IT folks. Look for an email from us with all the instructions you will need to download and play in C.U.B.E.

So, while the opening of a full Beta has been delayed, we are giving you “always on” access to one of the major pillars of the game a bit ahead of time! C.U.B.E. is more than a simple (though honestly, it isn’t all that simple, now) block-building program. It will form the basis of our crafter’s constructions for the game. In it, you will be able to pre-build your structures, reduce them to blueprints and then build those blueprints in the game.

We will also have free-form building in the game, of course, but if you are trying to build a huge castle, you’ll really like having blueprints. So, make sure to check your email inbox (or SPAM folder, if you don’t see one) if you’re a Beta 1 access holder. Also, make sure that you download and read the Alpha Manual (read a manual/FAQ? Heresy! Heresy, I say!!), before you go into C.U.B.E., but especially before you get access to the Extended Alpha (more on this later), and/or post to the Forums. There is a ton of information in the Alpha Manual, which you must check out before entering either C.U.B.E. or the game.

In other good and fun news, we have had 3 live streams in the last 24 hours. Here’s a quick breakdown:

And the good news just keeps on coming! As we have been using Vine pretty regularly, we’ve had some nice updates on that site, this week. One of the most important ones was our work on the rendering engine in regard to how it handles complex structures. Some of our crazed, I mean, enthusiastic Alpha and IT guys have been building monstrous structures, and, to no one’s surprise, when that happened the engine started to sob loudly, and refused to get back to work. Well, Dave focused on that problem and as this Vine (https://vine.co/u/1157409883306844160) shows, he made a “wee bit” of progress. 🙂 Not too shabby, eh?

On the destruction side (building is fun, burning them down with firewall spells is even more fun), Rob and Tim also made a lot of progress. Making a building collapse in a realistic way is quite challenging (ask yourself: how many games can do that?), and we’ve been making really nice progress on that front.

Overall, work moves along quite nicely on all tech fronts, from our stance editor to our animations, particle effects, etc. It’s never easy to build your own engine from scratch, but as our Alpha tests have shown, it’s worth it. Right now, our engine is capable of handling larger-scale battles (while maintaining a good framerate on our targeted specs) than most commercial packages out there. We’re not there yet, of course, as our goal is almost double our current maximum (1700!) in a small area, but we are moving along quite nicely.

We’ve been very busy overall, and here’s our count for user stories, with 35 completes. They look like this:

As a Backer, I’d like to see the world begin to be propped out with generic fantasy items. – Set #1.
Stick bundle lrg, sml, and group. – Complete

As a Backer, I’d like to see the world begin to be propped out with generic fantasy items. – Set #2.
Standing and hanging braziers. – Complete

As a Backer, I’d like to see the world begin to be propped out with generic fantasy items. – Set #3.
Boxes of assorted food goods. – Complete

As a Backer, I’d like to see the world begin to be propped out with generic fantasy items. – Set #4.
Generic market stalls x 3 – Complete
Broken down wagon – Complete

As a Backer, I’d like to be able to equip and use different types of melee weapon combinations. – First Pass Animations (Part 1)
FPA: Right hand dagger with shield. – Complete

As a Backer, I’d like to see improvements to ability VFX to make visual distinction of abilities easier.
Primal Stone and Primal Earth dart and ball effects use different vfx – Complete

As a Backer, I’d like to see the world begin to be propped out with generic fantasy items. – Set #5.
Create documentation for assets. – Complete
Concept art pass on realm, generic, items. – Complete

As a Backer, I’d like to see the sky and environment transition from a sunny day to a snowy day.
First Pass: Snow VFX – Complete

As a Backer, I want to be able to own a plot of land and build within it. – First Pass
Building plot design – First Pass

As a player, my character health is allocated to each body part which can take damage from different attacks and suffer wounds separately from blood.
First Pass: Design wound model. – Complete
Create a simple wounds UI. – Complete
Rework hit points as a blood pool resource. – Complete

So, not bad progress, right? And that’s only since our last update. As usual, I’m sure some stuff isn’t on the list. 😉

When we started this Kickstarter and crowd-funded campaign, we told our Backers that what we were going to do would be quite difficult. However, since we wanted to have large-scale battles (that aren’t a slideshow) with server-side physics, plus block-based building and destruction, we had to build almost everything from scratch. This takes time, even with a large team, which we are not. Yet this small team has stayed under-budget, while building an engine that can do things that no other MMORPG that I am aware of can do: larger-scale battles with server side physics applied to players and buildings. Even our current build, at 1800 Backers and Bots, is a very impressive number by any standard. We’ve laid down the foundation for our A.I.R. (Action, Interaction and Reaction) system, as abilities are happily interacting with each other in the build, and we’ve give C.U.B.E. to almost 20K people.

Now, why am I saying all this? Well, maybe it’s time that I began to emphasize the great progress a small, underfunded (by typical MMORPG standards) and young (well, not me) team has made on delivering not only an engine, but a game, albeit in the early stages; and a standard for treating our Backers that is, IMO, the best in the industry. Yeah, we don’t have a lot of shiny videos, more and more virtual items for sale, lots of buzz words, devs behind paywalls, and hype, hype, and more hype, but what we have is a heck of a foundation for a great game, lots of Backer <-> Dev interaction on our Forums and chat, plus an outstanding Community. Yet some people have said to me via support (I’ve been sitting in on the emails this week, just like the old days at Mythic) that they don’t think we have made much progress on the game.

So, it seems that I and we need to crow about this a bit more, and we will, when the time is right. After all, as I’ve been saying for quite a while, time will tell. In our case, that time is closer than some might think. 🙂 No, I’m not getting a first-class ticket aboard the MMO Hype Train, but maybe, just maybe, we should act a little bit more proud of what we have accomplished so far, instead of just apologizing for what we haven’t, yet.

Finally, for those of you who haven’t yet seen Michelle’s live streaming on Thursday, here is some of her fine work: 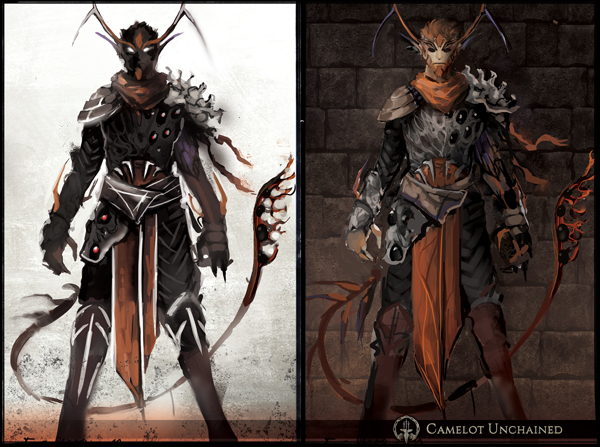 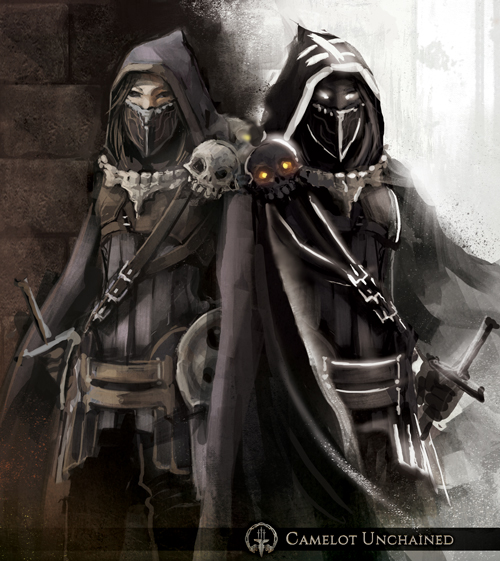