Happy end of the week to you all! It was a fairly quiet, yet productive week here at CSE. Several people, including our leader MJ, were out this week for some much deserved regeneration, which left the rest of us to hold down the fort. On top of that, we had a small and localized plague hit a few people, which knocked each out for a day. For those with stronger constitutions, or who returned slightly more gaunt from said plague, it was all heads-down this week. Work continued on re-abilitation, some C.U.B.E. bug fixes and improvements, as well as continued progress down the art team’s list of CU themed weapons and environments for Beta 1.

This week was also our first full week of summer streaming, aptly named “Hot Streamy Summer.” For those of you that tuned in this week, you saw “Painting all the Things” with Michelle, two playtests of The Depths themed board game with Max, as well as “Sound Design with DB,” and a short overview of Tyler (that’s me) auditing assets in the next biome. The week was quickly wrapped up earlier today with yours truly, in “Tidings with Tyler.”  All of these can be found on our Twitch channel (https://www.twitch.tv/citystategames/profile), as well as on our YouTube channel (https://www.youtube.com/CityStateGames), if you missed them.

Let’s get into a quick list of our highlights for this week, and we’ll move on to some pictures.

* Re-abilitation:
* Improved projectile support – Projectiles can now do anything a skill can do. This is much more robust from our previous iteration where arrows would only do basic damage.
* General cleanup and improvement of items code.
* We now auto-generate the communication between our game server and our proxies. This greatly improves speed and reliability of the server/proxy communication layer.

* Added some support for artists – Free Cam! and viewable texture outputs in the editor.
* Progress continues on the ability to join a group in game.
* Our new engineers continue to lay down code to get us towards seamless server transitions when crossing vast land masses, as well as getting us closer to multiple islands in a zone.
* First pass undo and redo in Hatchery C.U.B.E.
* First Pass improved C.U.B.E. UI, thanks to the generous talents of the Mod Squad. This should be showing up in our next push.

* Design guidance around the improvements to re-abilitation, including the ability builder, layered ability stat calculations, and ability component features.

Now for a bit of art, starting off with our first concept pass on Realm-based bows. One of our goals here was clear visual differences between Realms. 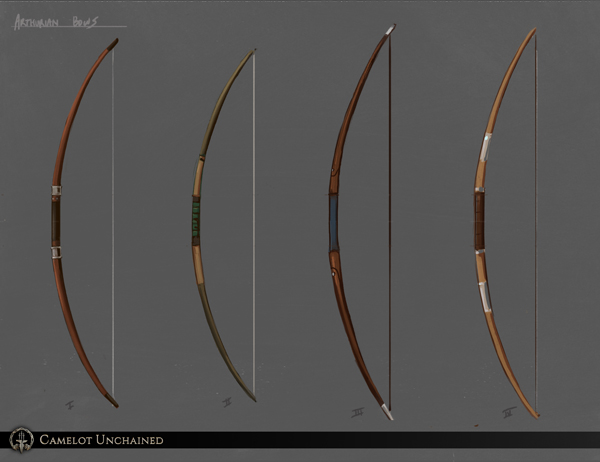 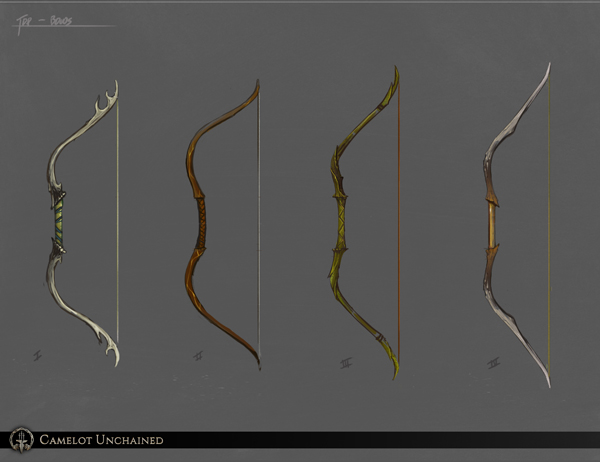 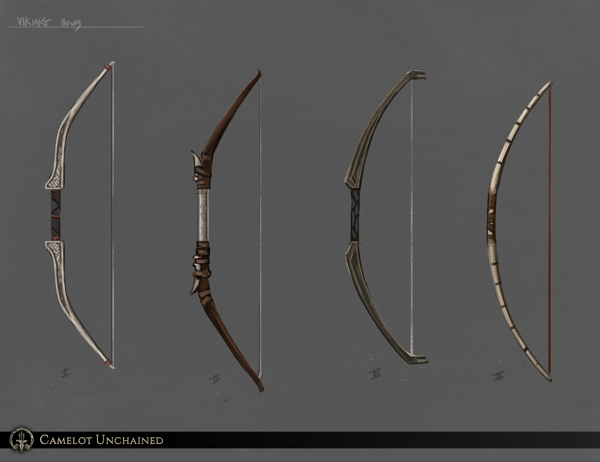 Look to see the models of these bows coming soon from Jon.

Next up, you thought you had it rough at your job? I’ve had Dionne working in “Bush World” all day today!

And don’t think Mike escaped unscathed! Here’s a material he’s been working on in Substance Designer, which is fairly new to our studio, and the industry. 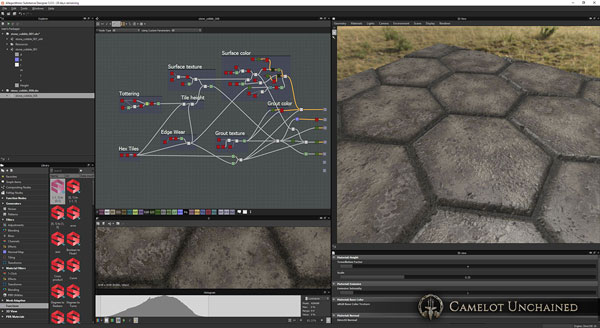 He’s had a very important task that I’ve mentioned before: that of auditing how we make our materials, so that we can not only improve our visual fidelity, but also improve our pipeline. What looks like a fairly simple tiled stone texture is actually created procedurally! And that graph in the image, that’s actually a fairly simple one for this type of work. I’m personally fairly excited to dive into procedural materials, as it not only can give us some great textures, but also aligns really well with our push into Physically Based Rendering, as well as our robust plans for our crafting system.

That ends the week here at CSE. Next week, we’ll have another update, including our User Stories, as well as the week’s tentative streaming schedule for “Hot Streamy Summer.” See you then.