Even though it was a short week for us here following the three-day weekend, the team has managed to churn through a sizable chunk of work! Last weekend, Mark and Andrew had the opportunity to attend Dragon Con. They demonstrated to attendees the progress we’ve made over the year since the last Dragon Con, and demoed a large-scale battle (attempted on the infamous Hotel Internet during the con, no less)! If you’ve been following our updates, you’ll already be familiar with these accomplishments. One of our biggest hurdles going into this project was always going to be 500-player battles. From the beginning, some said it couldn’t be done, and perhaps still do so now. The presentation of not 500, but over 2000 ARCs (Autonomous Remote Clients is now the official name) running around and using abilities with VFX was met with applause, and understandably, disbelief. That reaction fills me with pride. I’m thankful to be working with such talented and dedicated folks.

While this one feature sets our engine apart from all others, it is still only one stone among many that will lay the foundation of Camelot Unchained. I can repeat with confidence that it only gets better from here, not only with ongoing or future performance enhancements, but also the upcoming additional gameplay systems in progress.

For this week’s highlights, lets take a look at all the work accomplished in spite of the short week!

Moving into art, let’s start off with a video link to some of the one-handed weapon animations that Sandra has been busily churning through. 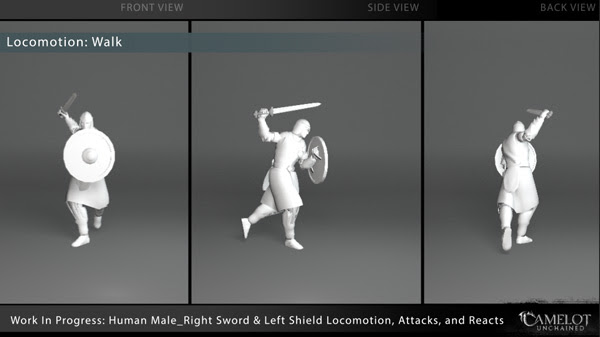 Jon’s updates to the TDD Realm portal, with completed props added for the different Realm control versions, are up next. If you’re a fan of the Vikings, do you see a shield design you like? 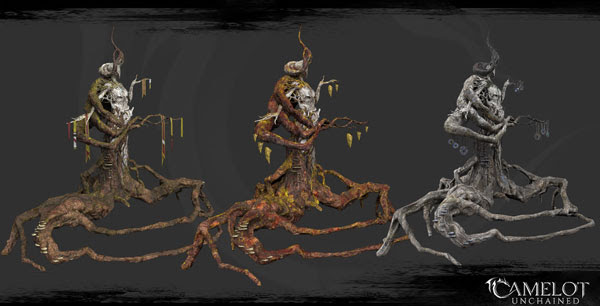 Next up, some of Dionne’s work on the cloth resource nodes. These will be used in Beta 1 to gather resources, in lieu of future tech. The below model is the Arthurian influenced version. 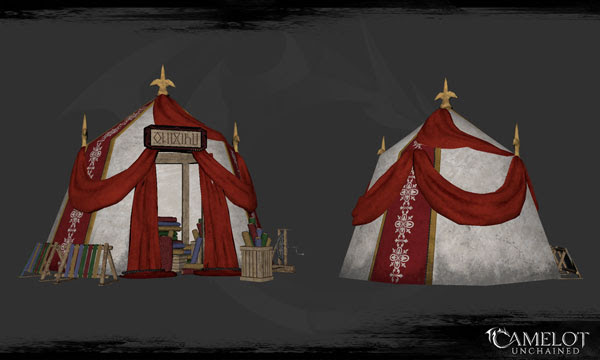 As mentioned above, Michelle has been busy on two fronts this week. First up, the female basic clothing concepts, channeling a bit of Magritte. 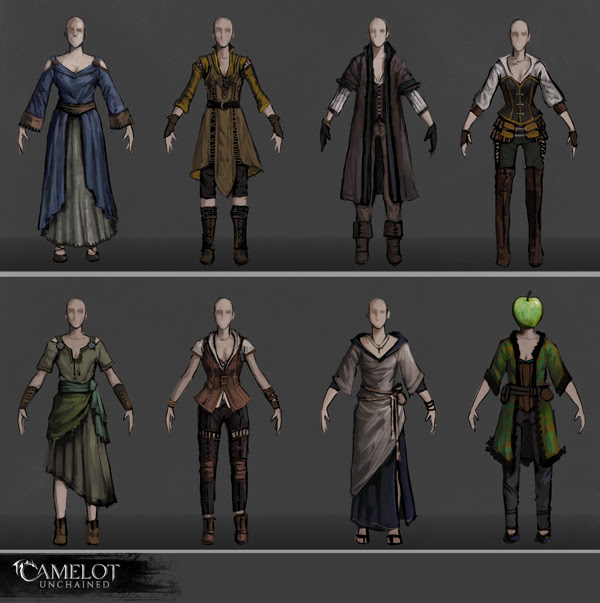 Next, here are some ideas she’s been working on for visual treatments of the character creation screen. Remember, these are only ideas at this point, and we’ll have to review and pick one, which I think is going to be hard. I just thought some of these ideas were too beautiful not to show off! 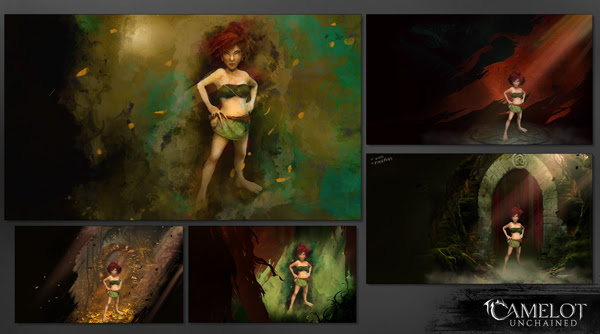 That wraps up the week here. As a reminder, we’ve updated information for the Beta 1 document on our site. This week, Mark has added a chapter on crafting! You can find that below:

The link to the English-language document is here – http://camelotunchained.com/v3/beta-1/

The link to the German-language document is here – http://camelotunchained.com/de_v3/beta-1/

The link to the French-language document is here – http://camelotunchained.com/fr_v3/beta-1/

We’d love to hear your thoughts in the forums over the weekend! (https://forums.camelotunchained.com/forum/233-something-to-talk-about/)

P.S. Thank you to one of our generous Backers, Ludovic, who sent us some great coffee sweets to fuel our progress! 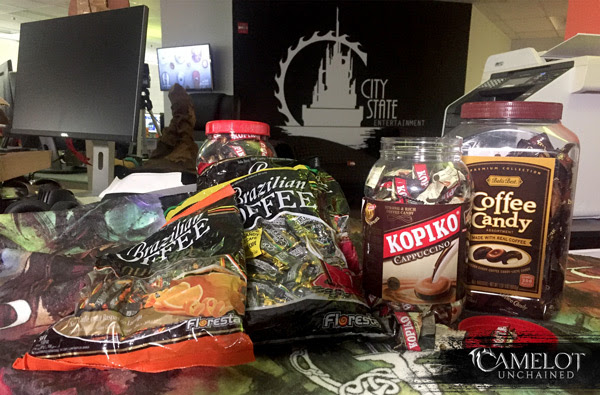