What a week it was for us! A full week of Alpha, Beta 1, and IT testing of 100 x 100 x 100 battles. Other than today, the servers were rock solid! Thanks folks for doing things that broke them (that’s what we wanted!!!) and the client performance was within expectations. With your help we were able to find and fix plenty of issues, with overall great server and client performance in the scenario system of 100 v 100 v 100 NPCs and Backers.

Also today, we said on the livestream with Mark and Andrew, that on Monday, February 12th, we are going to announce the date for the start of Beta 1. As we’ve mentioned in previous updates, we want a date we are confident in that also delivers a great experience for our Backers, who simply deserve as much for their enthusiasm and patience. Earlier today, we came to an agreement on that date after several weeks of hard work but Mark wanted us to take the weekend to think about it just so we can be as confident as possible with that date. Pay attention to your email for further details!

A very busy week here! And wait, there’s more! We’ve got some art too! 🙂

For art this week, let’s start off with some of the concepts Michelle has been working on for the race specific backgrounds.

Next up, a quick preview from Sandra, as she works on the one-handed spear animations to bring this weapon back into the game.

This pierce animation will later set up to pair with the other one-handed weapon attacks like the axe, torch, or sword.

James began work on new status effect icons this week. I personally (Tyler) let James know I felt these were a bit stronger. He said he was trying a new look, with a bit more visual clarity. 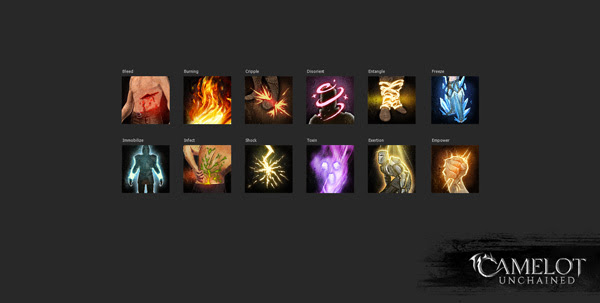 Michelle spent some time this week brainstorming about different wood and stone visuals for each Realm. 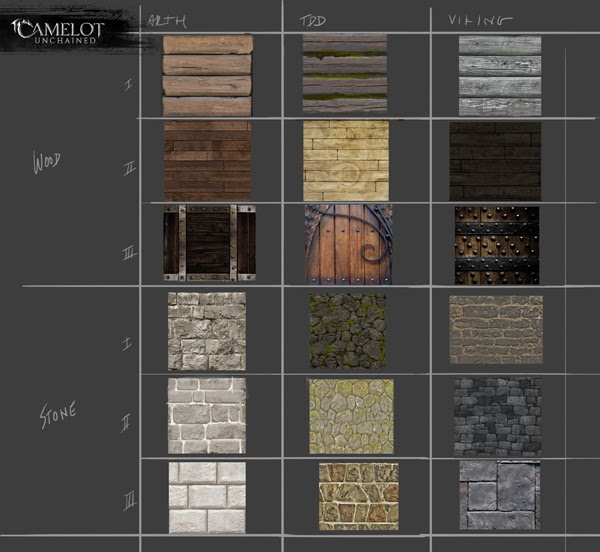 To wrap up,  AJ has been implementing James’ victory and defeat animations. Anyone who stands over AJ while he’s working on this inevitably mutters, “Shing!” for the light shimmer. Maybe dB can pull audio from one of us?! Click the image for a look at the WIP animation. 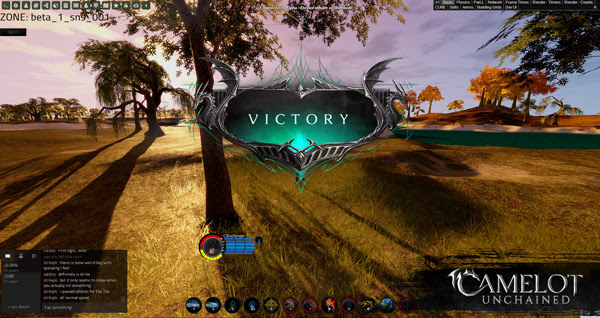 That’s it for us this week, folks. We’re chugging along here at a good pace, on multiple levels. We had a fruitful week of testing with our Backers. Shout out to one Backer in particular who dropped their armor and 400 siege scorpions all at once, crashing the client for everyone! Now that’s testing!

Have a great weekend,