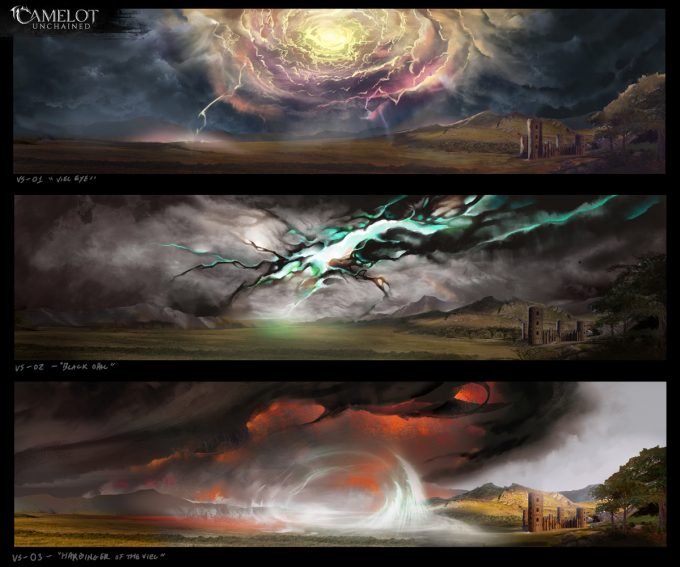 This is the first of what will become our regular Monthly Updates since moving away from the weekly cadence we had before. For you U.S. folks, it is almost Thanksgiving Day, which is my (Ash) favorite holiday. That also means this is a short week for the studio, as we take a quick break to spend time with family, friends, and loved ones, and make great turkey puns!

Speaking of, this month the team has been gobbling up tasks and churning out some great new stuff. You can check out the concept art for some featured fowl in this update, but the real gravy is the wicked cool knockback and ragdoll tech that Matt and Mike D. have built this month. That said, there’s a lot of good stuffing in the update this month!

In case you missed it, check out the monthly stream with Mark right HERE! https://www.twitch.tv/videos/514122032

As is usual with our weekly updates, we take the most interesting items we’ve been working on for our Top Tenish list. Let’s carve into the month’s highlights!

Okay, those are the bigger-ticket items from the past month! Ending on those birds, I know we have a couple artists who want to take a crack at these!

Now, we mentioned knockback and ragdoll above. Here’s some quick test vids (No wasted money on video production, mind you!) of first, the guys getting knocked off the tower, also using ragdoll as they fly through the air (click the images for vids): 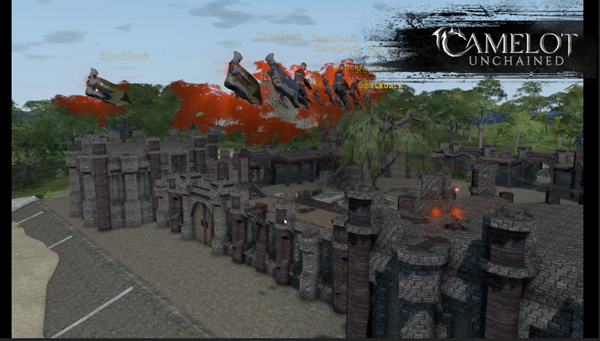 That’d knock your feathers right off! One of the cool things is how we can get a lot of posing through ragdoll, based on the physics impulses. In this case the spine bones were locked, allowing the arms and legs to fly backwards opposite the body’s direction. We’d previously explored doing everything in the animation system, with, of course, lots of additional animation work to get something like this. Imagine having to animate bodies flying at different trajectories and landing! But now, with a bit more work, we can begin experimenting with faster ways to make this possible. Also, please keep in mind that this is not an example of a typical ability for Camelot Unchained but rather, it’s experimentation with a combination of knockback and ragdoll using more extreme cases. As MJ would say, “Don’t Panic!” 🙂

Here’s a short vid showing one of our engineers “killing” his player, and then “driving” it around! 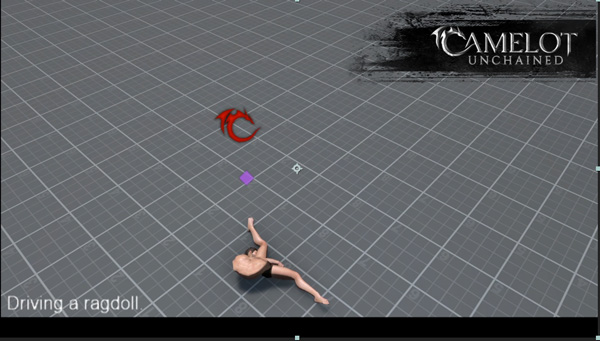 There’s a lot you can do with ragdoll, and again, we can’t wait to start using it more and obviously, showing it off to Backers in game!

Now, there’s plenty of other fun things you can do with ragdoll that we’re looking at, but no promises! This vid has an additional experiment with partial ragdoll applied to the player character. It’s pretty hilarious! 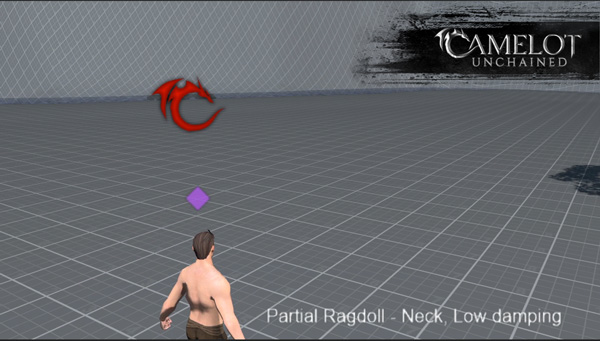 Well, that’s it for us this month, guys. While we are speaking of being thankful, I just wanted to take a moment to share our thanks to YOU, the Backers and supporters. You make this possible, and you keep us going. So thank you all so much from everyone here at CSE! Have a happy and safe Thanksgiving.

I’ll CU in the game,