It’s been, to say the least, an interesting few months for yours truly. The next time I see you, I’ll fill you in on all the juicy details. And for the last two months, I’ve been able to do more design, write some code, and work on some key systems such as tasks two months ago, and one of my personal favorites, the Dragon’s Web this past month (and into this month). The team has continued to grow (though we are still mostly working from home), and we hope to have more growth in the coming months as well. Even though I’ll talk about this more next month, I’ve also been spending some time diving into our ability/component system and overall, I’m very pleased with what I’ve seen (but more on this next month). For me, design-wise, this past month was all about setting up a working model (in beautiful 1980s ascii graphics!) on my machine so I could easily add and iterate on the Dragon’s Web and watch sieges unfold. And I did this all without taking the team’s time away from core development (hence the 1980s graphics). I’m really excited to talk about this and why the first two items in the list are what they are. So, without further ado, let’s get to the update!

And now onto the pretty pictures!

Art has completed 3D for several Harvest tools – today, we’re going to show off renders for the Harvest Hammers and Sickles.

First up are the sharp Arthurian Sickles:

Next are the crescent-shaped Tuatha Sickles:

And the nautical Viking Sickles:

Moving on to Hammers, we’ve got the geometric Arthurian Hammer: 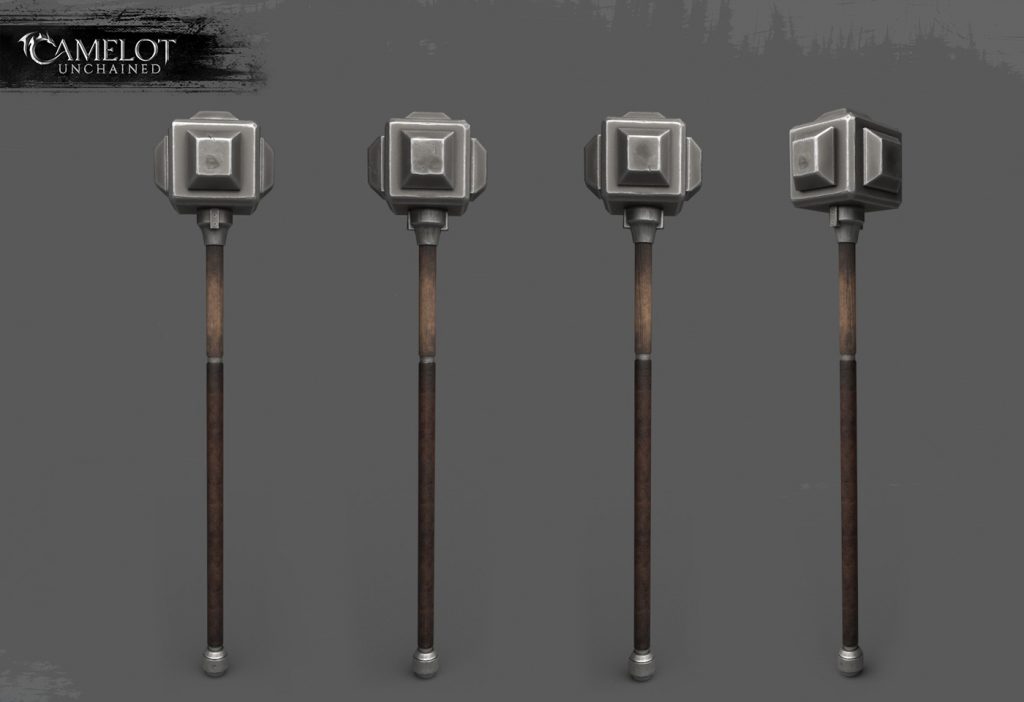 Then the sleeker Tuatha Hammer: 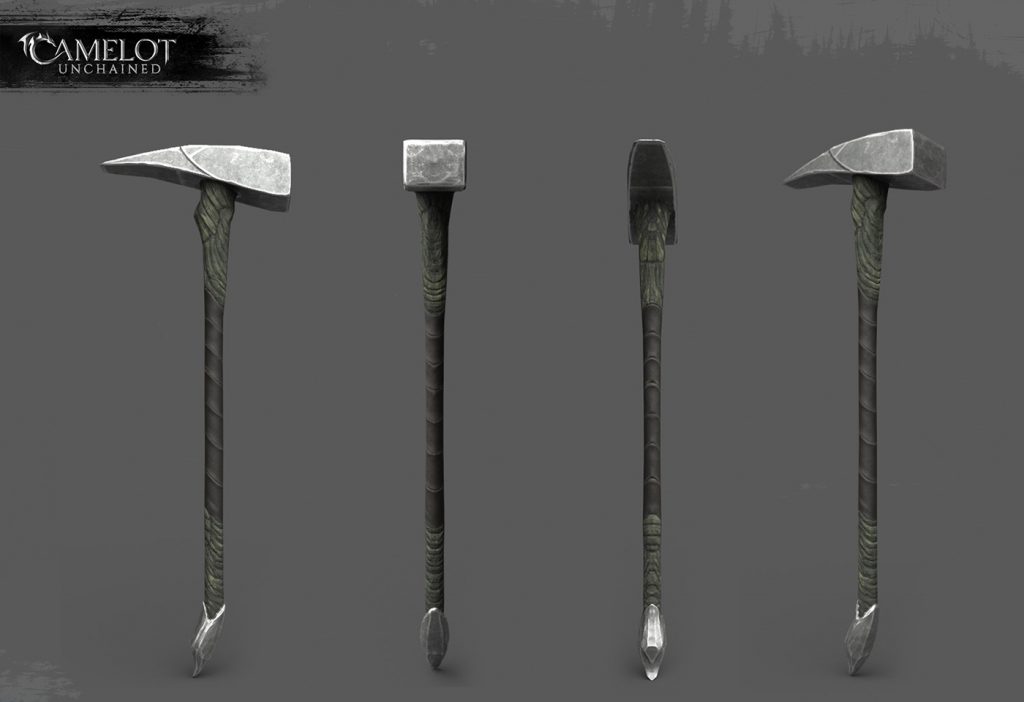 And last but certainly not least, the heavy Viking Hammer: 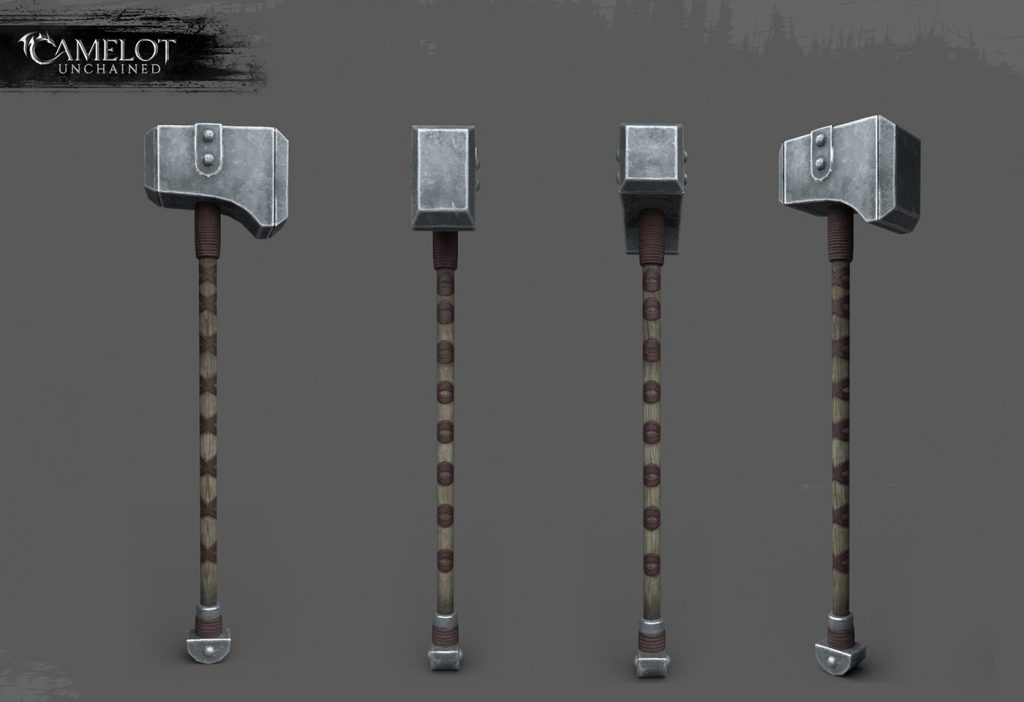 Art has been striving to give each realm a unique look for their Harvest Tools, and the results are stunning!

Depending on exactly when I’ll livestream next, I’ll have a lot to share with everybody. I am really, really looking forward to that. But for now, as always, we thank you for your patience and support!