We’ve finished off another busy week here at CSE full of streaming, testing, bug fixing, and general hard work. Dare I say, we completed a fairly robust amount of work. If you’d like to catch up on the week’s progress, you can catch Mark and I (Tyler) on our end of week stream HERE. As this is a User Stories week, let’s move onto all the details of our progress to Beta 1, starting with the week’s top ten-ish.

As you can see based on previous updates, we’ve been busy putting together lots of new features while adding more functionality to the existing ones to move from making an engine, to making a game. For the more extensive tracking of progress over the last two weeks we move to our user stories. If you’re looking for more details, here’s the place. All of this is represented on our website HERE. If there’s something you’re particularly interested in, you can search our cards to find the info you’re after.

For this two week period, we have 18 pre-existing cards with 58 completes, which continues solid progress based on our last several user story updates.

As a Backer, I’d like to play in new biomes that change according to Realm ownership. – Biome 01
Additional pine tree variation set. – Complete

As a Backer, I’d like to know about smaller changes that don’t have their own user story.
Wait for building plots to finish before making server available. – Complete
Update and add variants of CSE_WARN message. – Complete
GroupServer, API, and Game server setup use read-only StateProvider and Handlers. – Complete
Create DefRef, a method for looking up a reference to a piece of data. – Complete
Update CSE store styling – Mockup. – Complete

As a Backer, I want to be able to own a plot of land and build within it. – First Pass
Add the ability to specify block type by ID for building commands. – Complete
Support permissions for groups and guilds. – Complete

As a Developer and Backer, I’d like to see improvements in lighting and rendering.
Change particle OIT blending to post multiplied. – Complete

As a Backer in Beta 1, I’d like to play as a Crafter with basic gathering and crafting mechanics for testing.
Check inventory limits before collecting items from a completed Vox job. – Complete
Add factionBonus fields, new resistances, min/max quality, unitmass, and tags to designer data sheet – Complete
Update Vox functionality to support new substance code: Grind, purify, refine, shape, and make. – Complete
Resource Nodes:
Optimizing Resource Node network communication to only send over the list of possible resource IDs and the index of the current one. – Complete

As a Developer, I’d like the Camelot Unchained ability system to fully support the design scope of the game for B1.
Revisit cooldown post re-abilitation. – Complete

As a Backer, I want to seamlessly move between islands and zones without being aware that I’m moving between different game servers.
Physics Subzones:
When changing zones on the client, avoid disconnecting from the destination zone. – Complete

Allow client to connect to multiple game servers automatically:
Use world time to determine which server owns an Entity. – Complete

Use Presence server to spawn players:
Store buffer until we spawn the player. – Complete

As a Developer, I’d like to pull the physics server out to its own process for improved network performance.
Read build vars from config file on physics server. – Complete

For those of you ready for some art from the week’s work, let’s start off with siege engine concept art as a continuation from last week’s update. First off, for comparison, we have the Arthurian siege engine. 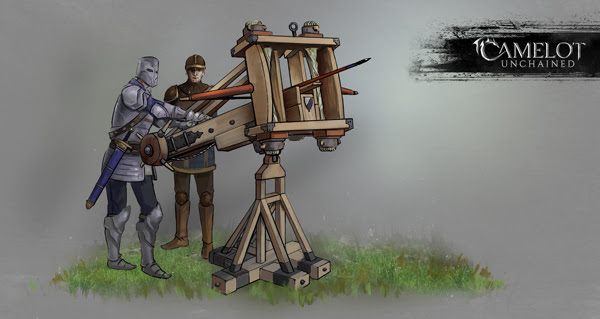 This week Michelle created a variation for, first, the TDD. 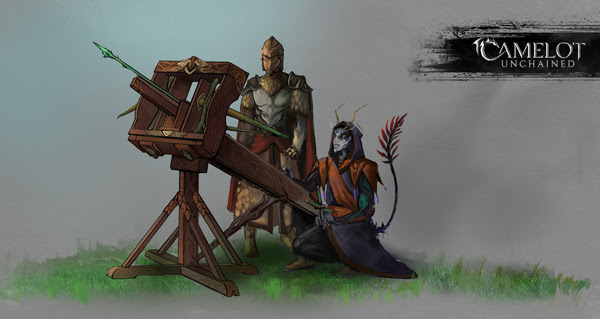 And here we have the Viking variation. 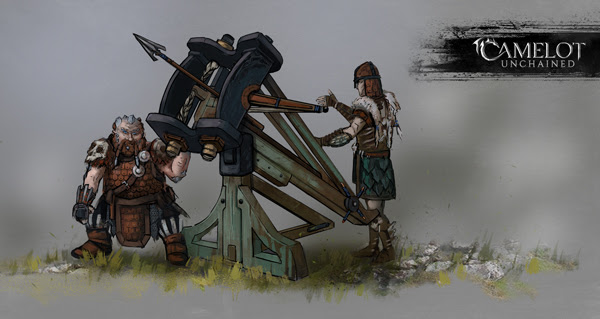 As we’ve said, we’re working to make the best of our time, and plan to get in these realm variations for B1. Next up, we have several new statues, or ruins, you may find in the world of CU. 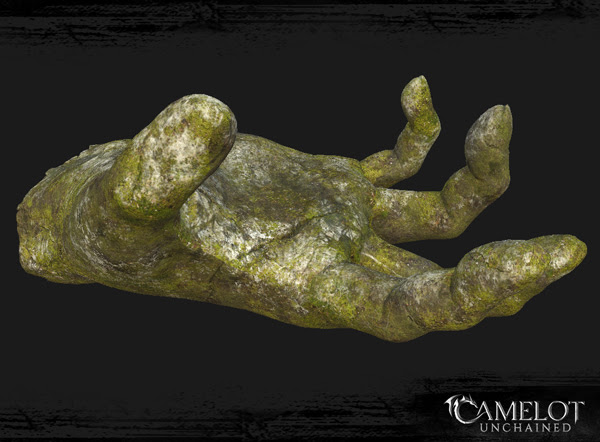 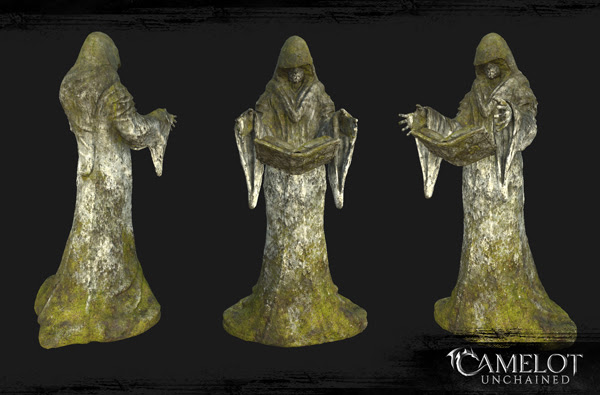 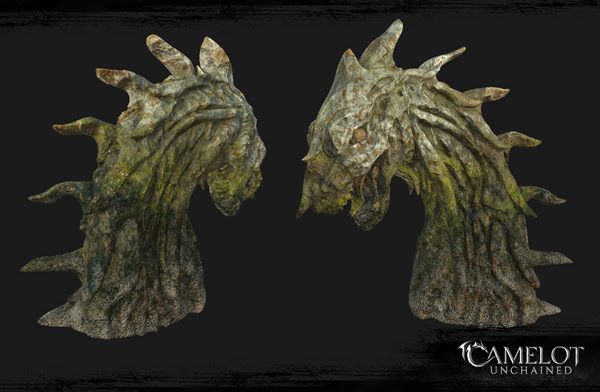 And here’s a shot of the last two, within one of our forests. 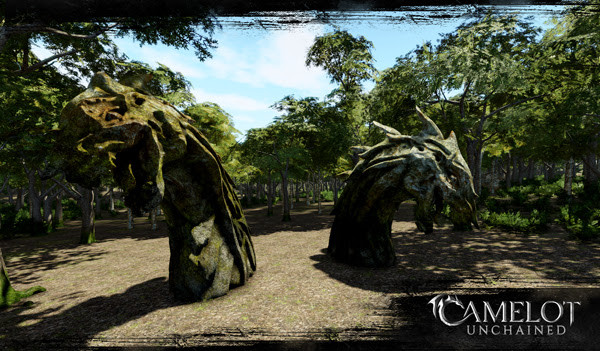 To finish things up, let’s head over to our characters who continue to get love from animation, allowing us finally see them, weapons in hand, ready for combat. Here we have a female Tuatha in her medium armor, one-handed axe and mace in hand! 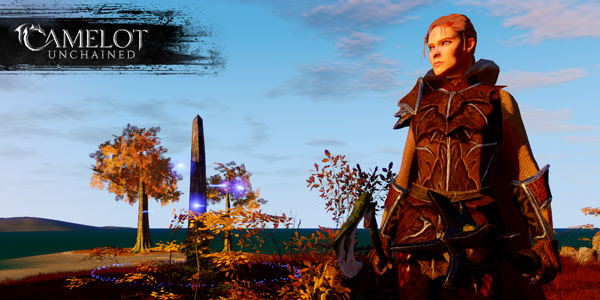 That wraps up the week here at CSE. Stay tuned for our continued hard work and progress as we head to Beta 1. If you’re a new Backer, welcome aboard! We look forward to catching you on our live streams or on our forums. For those of you who been with us since the beginning, we’re looking forward to meeting you on the battlefield.