It’s Friday which means it’s time to update you, our wonderful Backers, on this week’s progress. We’re already moving along on new priorities now that we’ve hit the start of Beta 1. Those priorities include delicious tidbits like improved lighting and targeting to building damage, a 64bit client, and coherent integration to support UI improvements! We’ve still got a lot of work ahead of us and we’re wasting no time!

If you missed today’s livestream with Ben, myself (Tyler), and Tim, you can catch that HERE. We had a lot of great design questions which you can check out in the latter half of the stream.

We also continued some testing this week with players jumping on to try out crafting, building, and combat in our scenarios. We do not have a test scheduled for this weekend, but keep an eye on our tentative testing schedule for next week’s testing plans.

Let’s move on to this week’s Top Tenish where we cover the week’s highlights.

I’m personally excited by those area lights. Dave was showing us a comparison of our current point lights to area lights and it was night and day. Jon and Michelle were very happy as well!

Moving along, we’ve got a bit of of a backlog of art, some of which our Backers may have already seen implemented in game already! Let’s start off with some work from Jon of three heavy armored models, one for each realm. I’d personally requested these for statues on our home islands that we can use standing or inset into walls. Once we free up some more memory with the move to 64bit I’ll add these in. 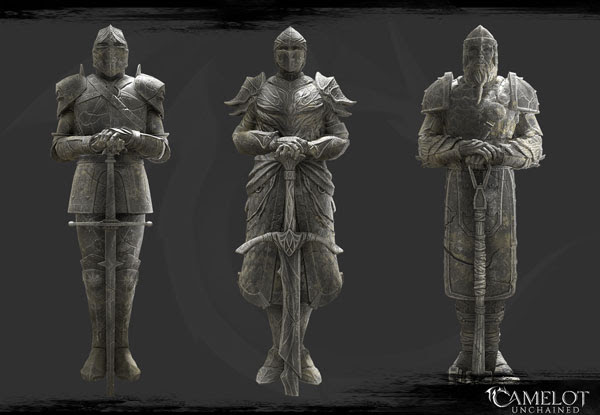 I’m planning on using this stag sculpture in the future as well for a nice TDD accent built into a rock wall. 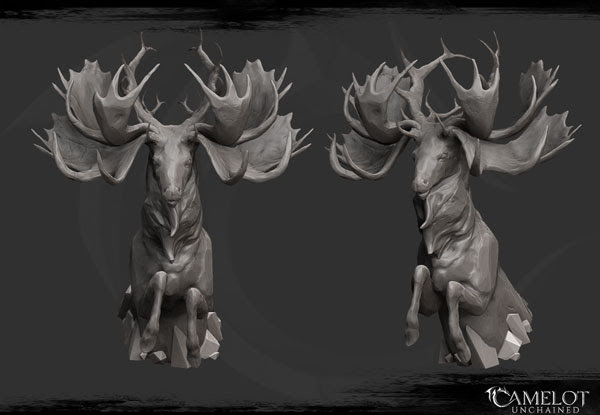 Michelle created concept art for tavern and bank signs which Dionne and Jon modeled and textures. Here’s our TDD signs. 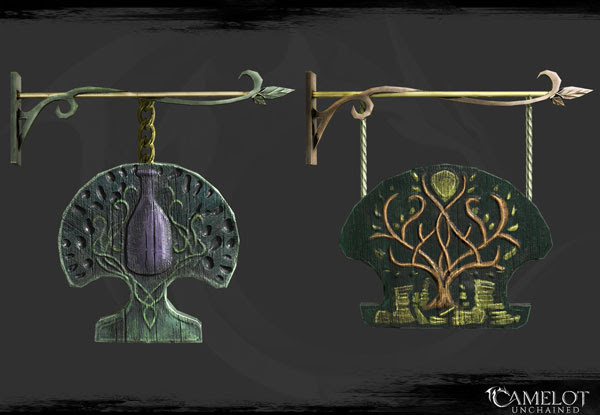 Next up, here’s some work in progress sketches for splash screens showcasing Saturday Night Sieges. 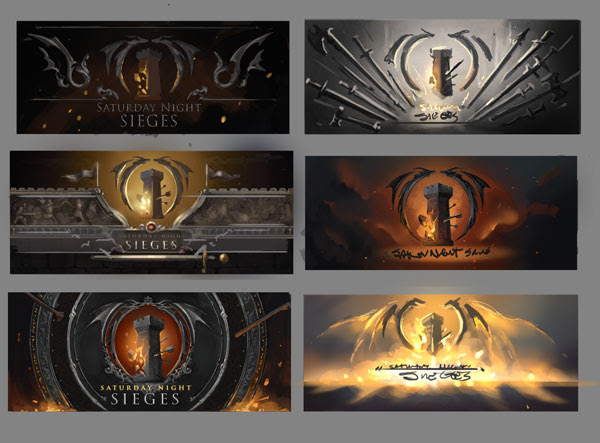 Lastly, we have the final piece of art that we added to the patcher at the start of Beta 1. This was later animated by James.

All this art is a great segue into some more art, created by our very own Max and his wife Kate who, this week, welcomed their first baby, Rose into the world! 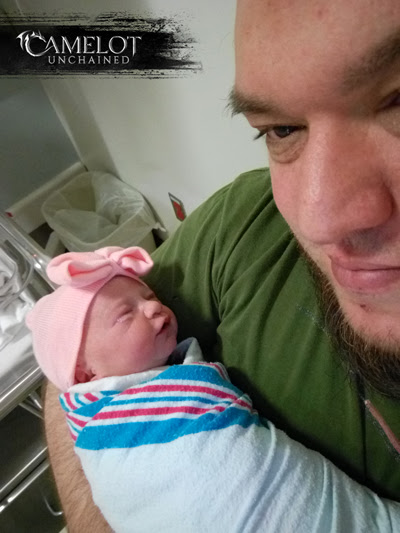 That little girl has so many board games to catch up on and I know a great dad to help her on that journey! Congratulations to team Rose from all of us at CSE!

That wraps up an eventful week for us here at CSE. We’ll be back to work Monday morning and we hope you can join us during the week for more testing!