It’s been a crazy month for me (I’ll explain during the next livestream) but I wanted to get this Top Tenish for April out before it gathered too much dust. Please accept my apologies for the delay but family and other matters have kept me rather busy. The good news is that the team has been very busy, as usual, and we have a lot to show off for the past month. Though a number of these items have been covered in our newsletter, there’s a lot more goodness here. When it’s time for the May update, I’ll be there to deliver the livestream as usual. And, if all goes well, I’ll be doing that from the CSE office for the first time in a long time… 🙂

Thanks as always for your patience. I hope you enjoyed the newsletter and that this update adds more enjoyment to your weekend.

Now for Some Art Action!

Mentioned above in the Top Tenish, tech has been hard at work developing weather shaders to enhance world atmosphere in CU. Check out the current progress below for the first effect on the list, rain:

Lighting up the darkness, torches have gotten some serious attention with light emission fixes and tweaking for all realms. 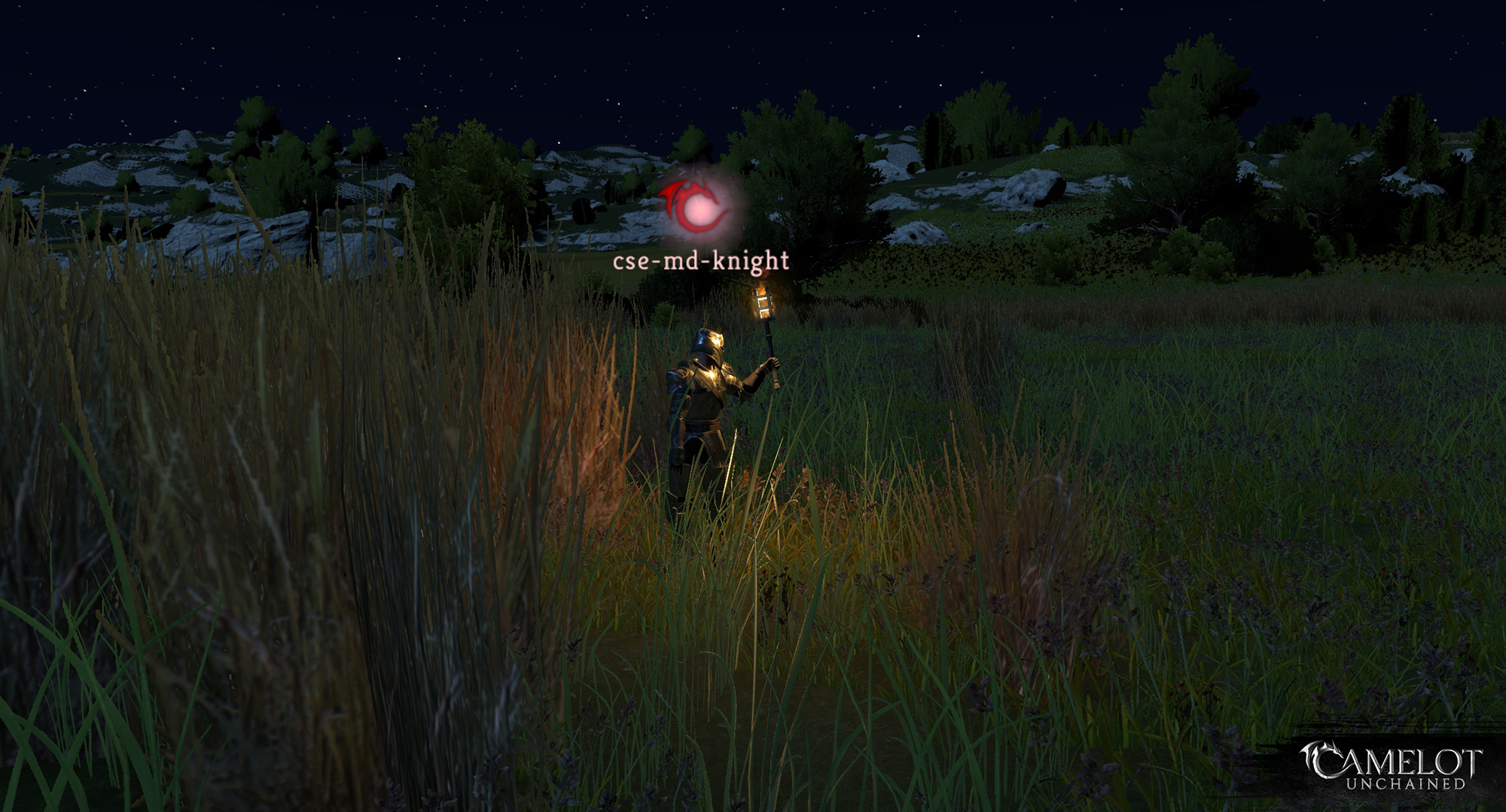 Patches of various fog spots within Verdant Forest Concept Zone have been removed and replaced with a wide area atmospheric fog, elevating the mood throughout the day and night cycles. 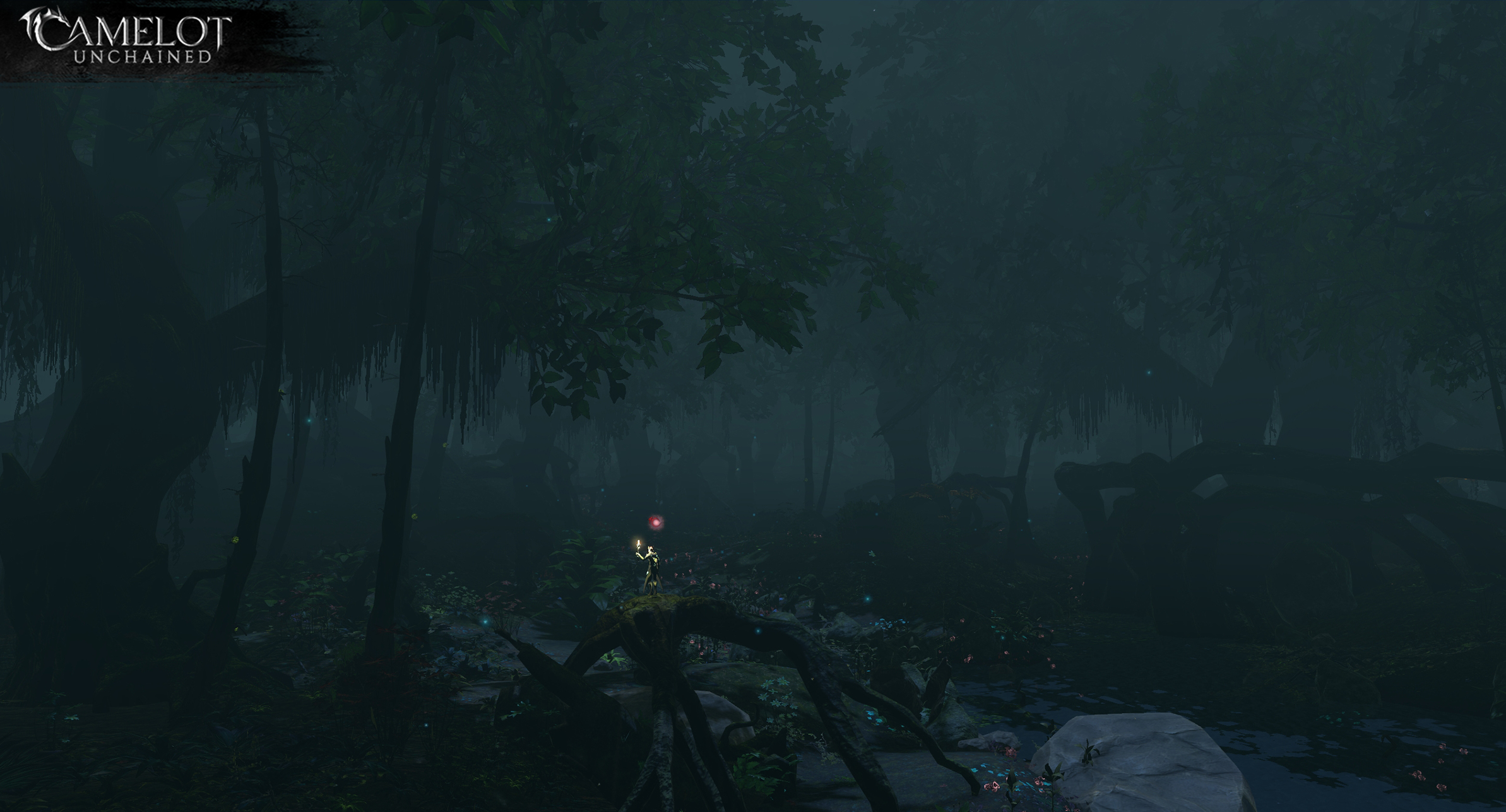 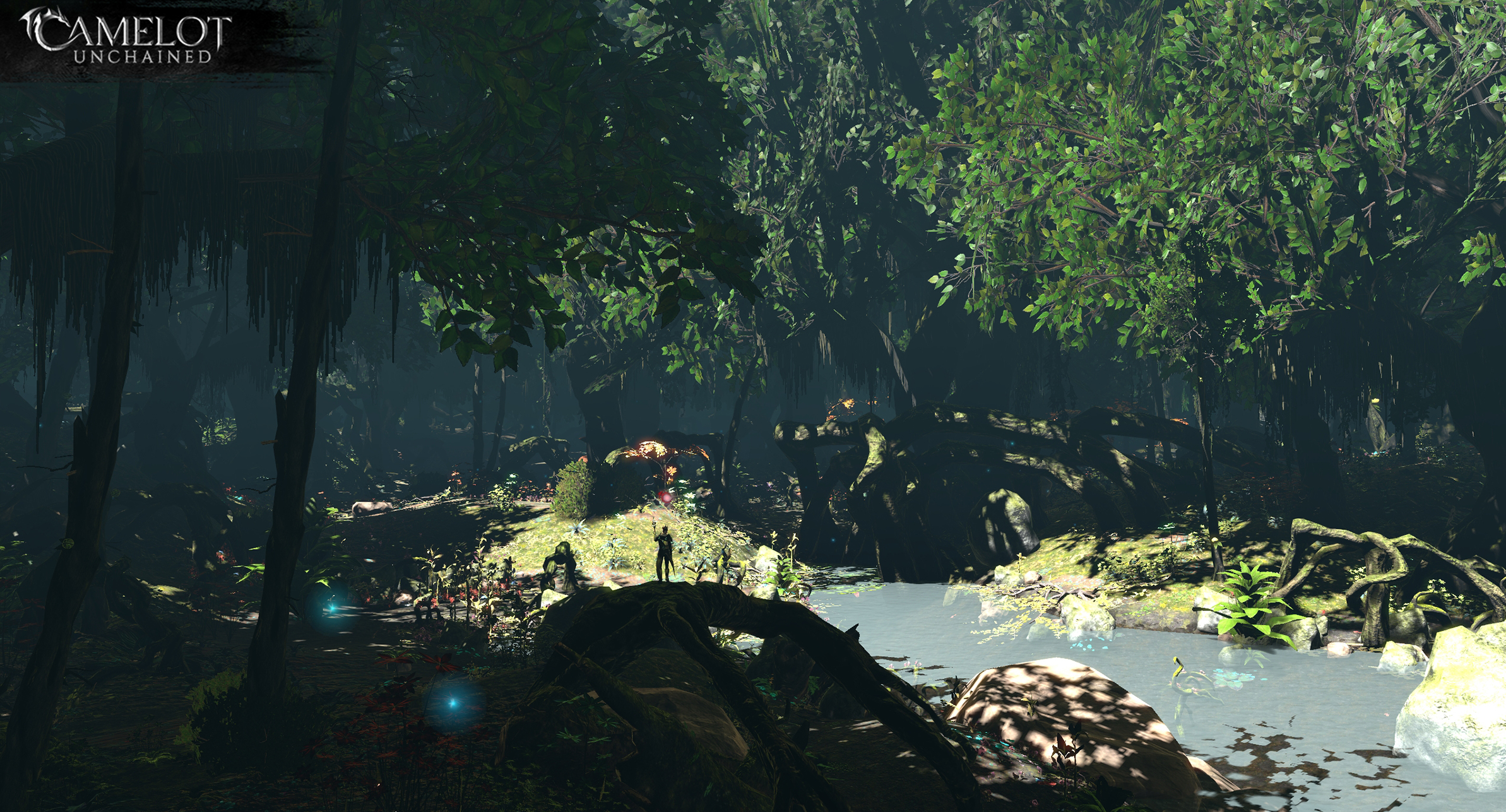 The TDD home island, Eriu, has also been updated with many fixes applied and improvements made. One major visual improvement is that lamps on the island now emit light, making for a much better (and much more visible) nighttime look. 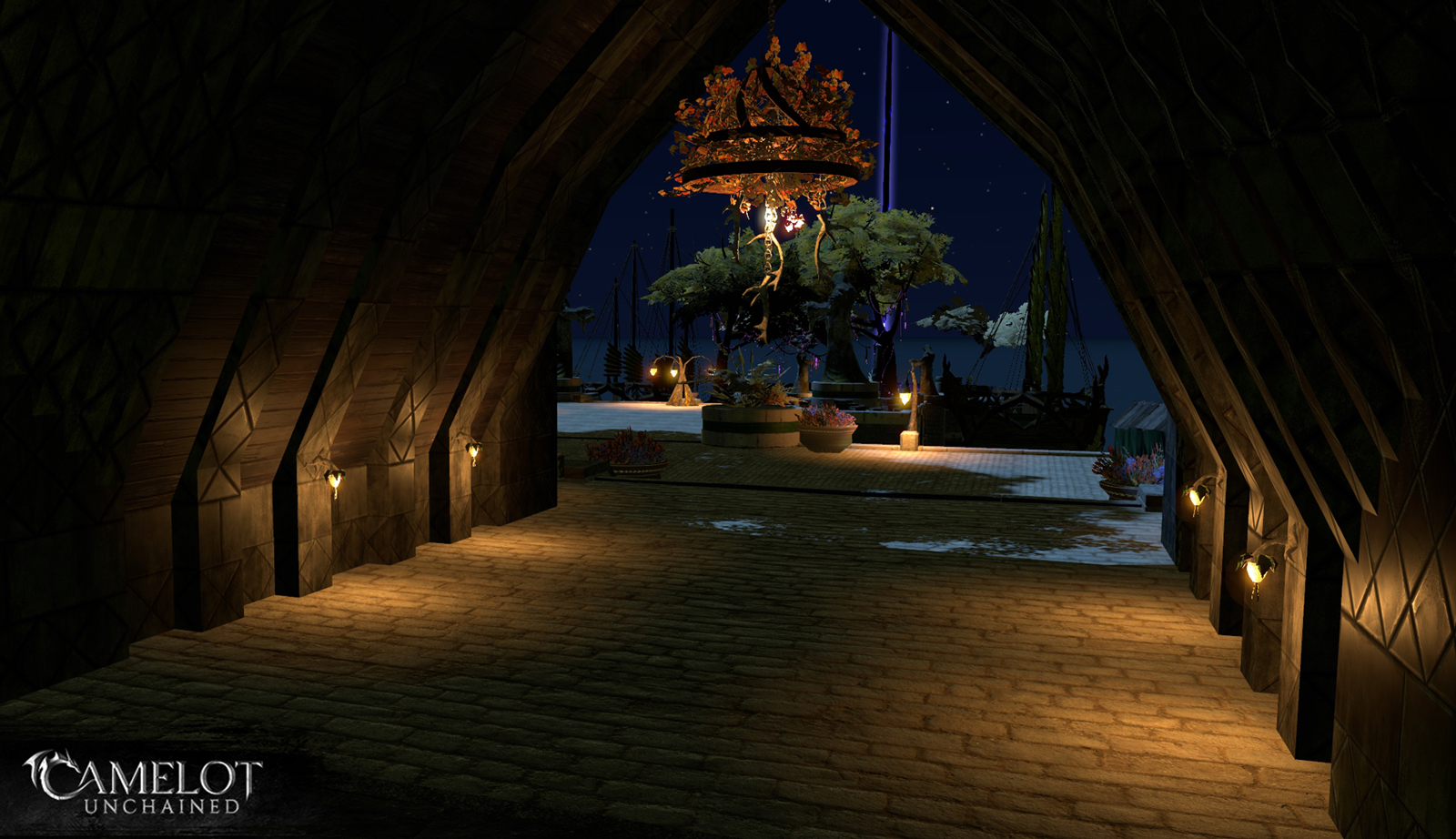 As for Points of Interest, the Glade of the Failed Heroes is trucking forward. Sierra’s put together some images showcasing some of the weapon debris that will be found in this area.

Animation is carrying the load with new object interaction animations. 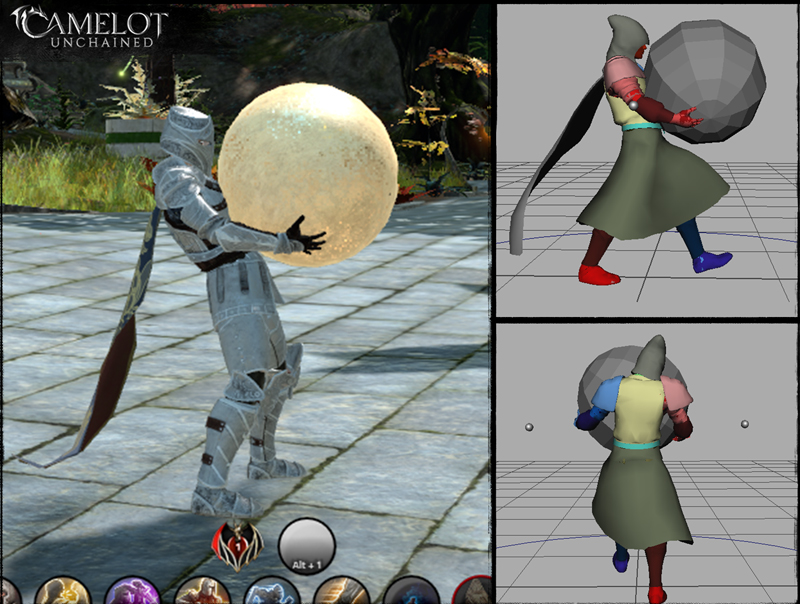 The St’rm and Valkyrie are moving through the 3D art pipeline. Check out this and more images of the St’rm in this month’s newsletter. 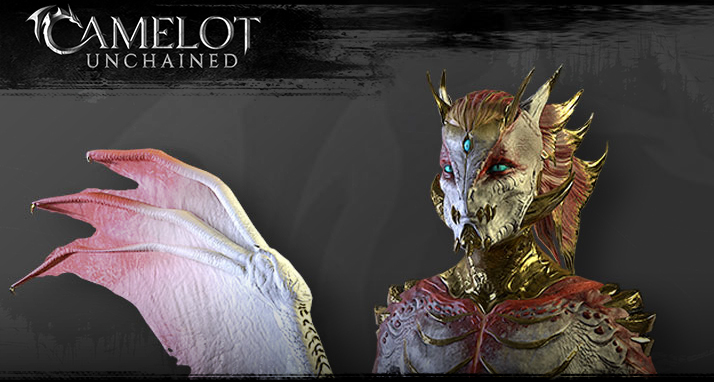 And here we can really see the Valkyrie taking form: 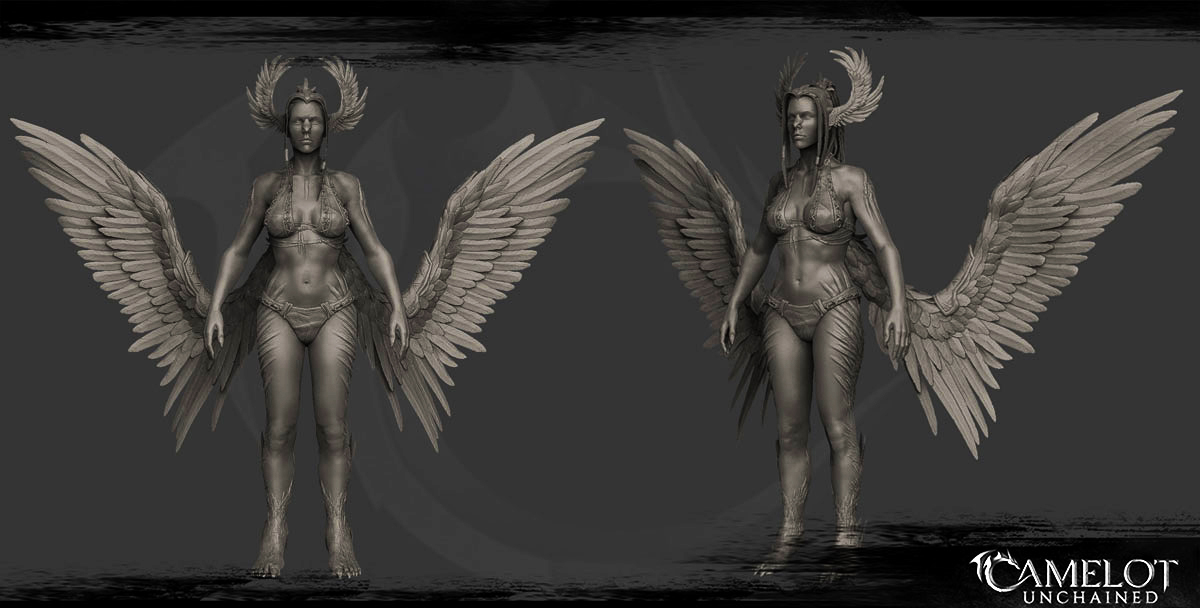 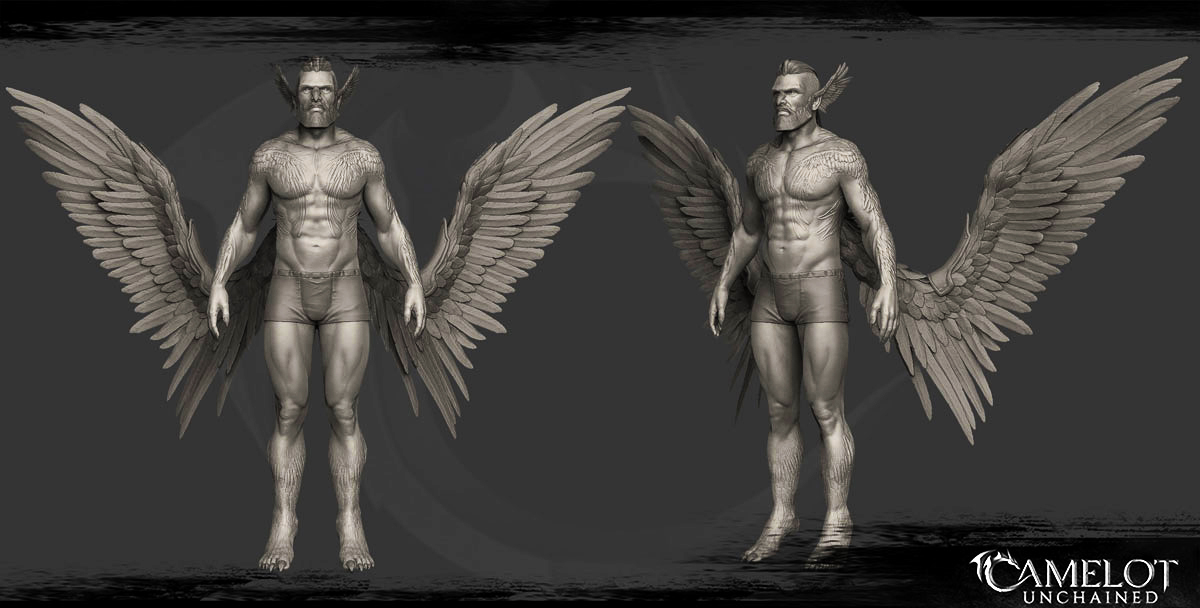 The new Golden Plains biome has reached the first phase of testing! This month we’re excited to launch the initial test build of the zone, showcasing current progress to players while we continue to create assets, develop terrain, and move into the polish stages of biome production. 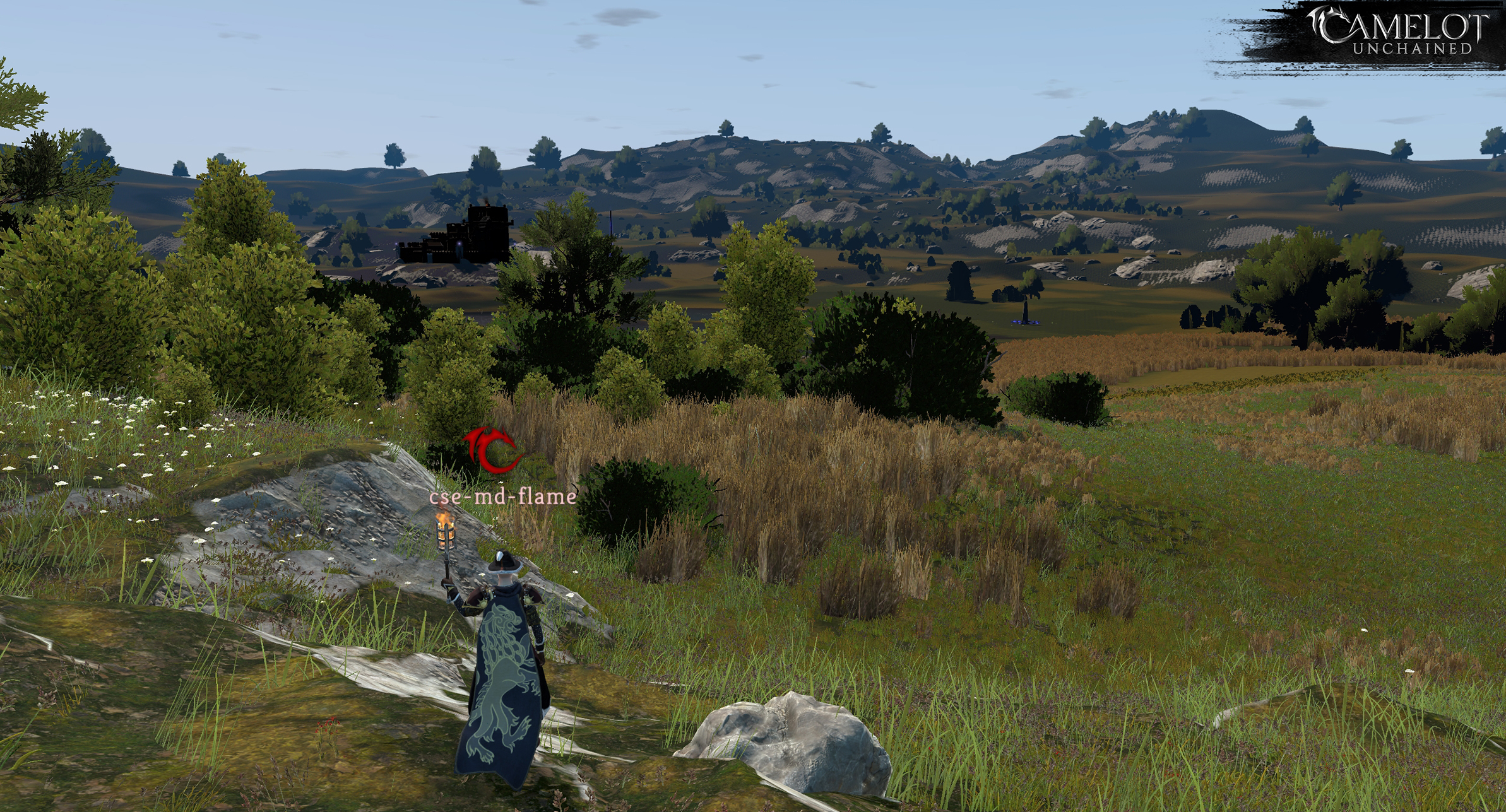 So, lots of good stuff there as usual. Personally, I’m happy to see weather make its appearance in our game. I still remember talking with the guys at Mythic about getting weather/day night into Dark Age of Camelot. I hope that you folks have liked what we have showed you with our fog and now rain systems. Once we add snow and true storms, the game will start to feel more like the immersive and living and breathing world we want it to be. All of this, of course, is first steps in getting to Veilstorms. And I’m looking forward to those a lot. I’ve always said that the game continues to get better and better and it does and it will. I hope that the weather systems and the first look at the Golden Plains whets your collective appetites for the stuff that is coming over the summer.

As always, we thank you for your patience and support. Please stay safe and uninfected until we reach the end of the pandemic. 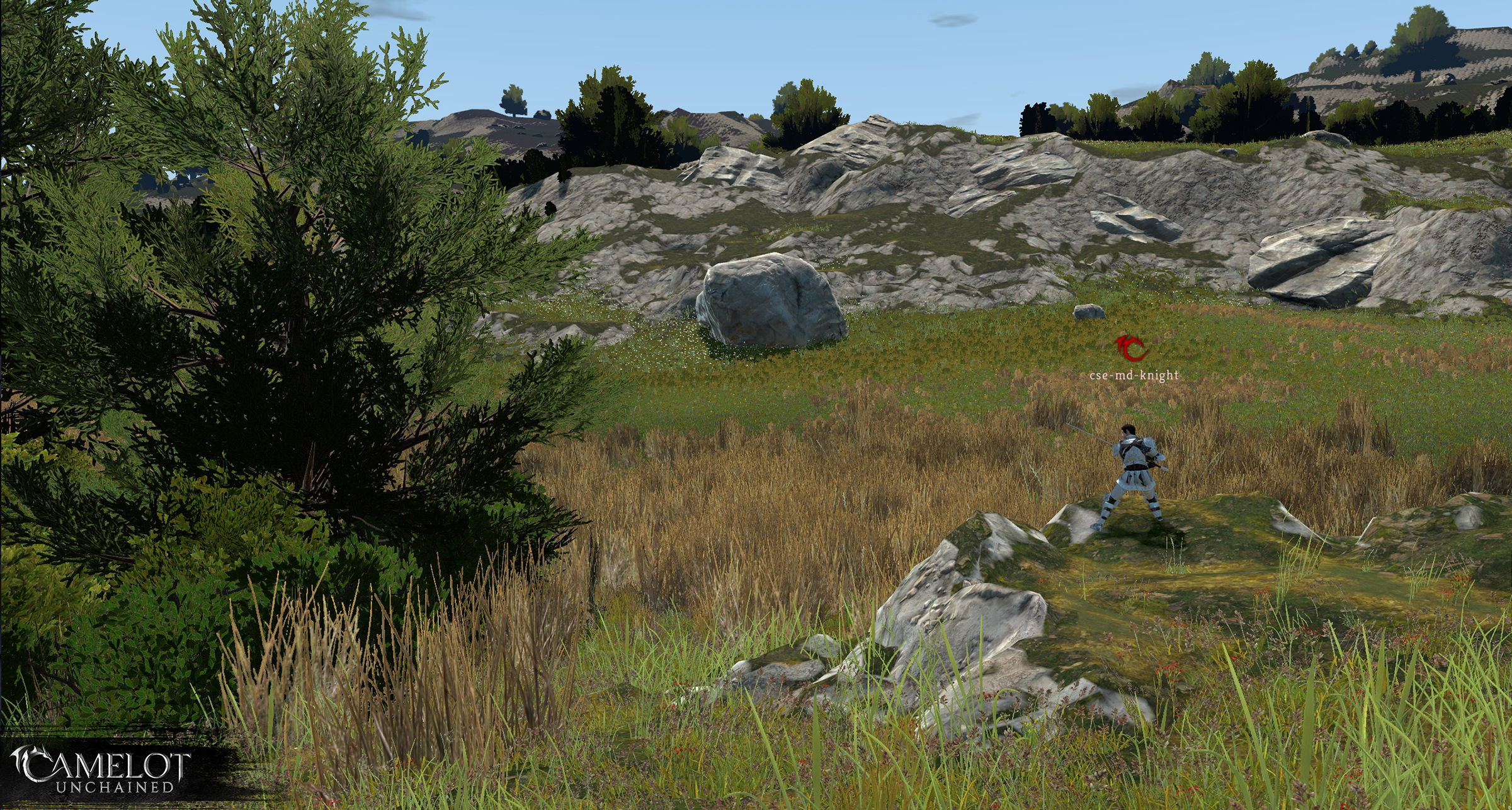