Welcome to another weekly wrap-up from the hardworking folks here at CSE! This hot and humid week came and went in a hurry, which has become more and more common as we continue clobbering tasks necessary for the start of Beta 1.

This week was particularly interesting, as we made some great progress on multiple fronts, including building performance, environment art, animations, abilities, and even tracked down several bugs from last weekend’s playtest. And in even better news, we are still on track for the opening of Beta 1 on July 4th, 2018!

Because of all that hard work this week, we have a new build up for testing this weekend!

Who: IT and Alpha

We will send out a separate test email later with more details.

If you missed our end of the week wrap-up with MJ, you can find that stream HERE. For the highlights of the week, let’s go to our Top Tenish. If you’re just here for pretty pictures, scroll down to see some of the art from this week.

For art this week, we start off with some still images of the animation work on the Fianna. In this pass, Scott is working out the posing and timing for updated spear basic pierce and slash attacks.

Once we get further along on our needs for Beta 1, we’ll get some animations uploaded. However, you can see how all of this is done in Scott’s most recent animation stream, HERE.

Next, we have some concept art from Michelle. First up is belt quivers, which will debut on the Forest Stalker. Ben came up with this idea while we were working out ways to further differentiate our three archer classes’ animations. With this addition, the entire visual changes from an over-the-shoulder draw, which our Blackguard and Winter’s Shadow animations currently support, to a hip draw, which works well with the slightly crouched idle pose we went with. 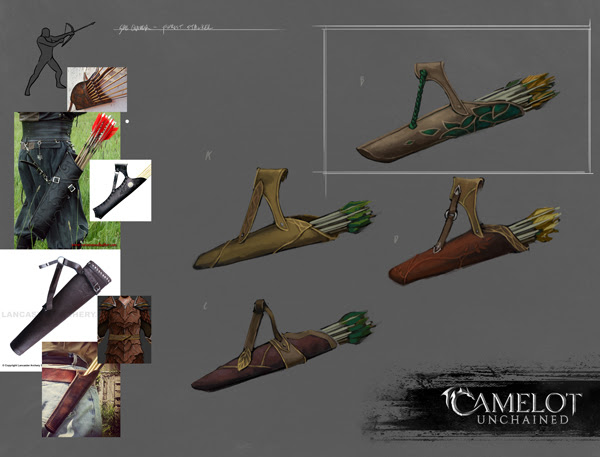 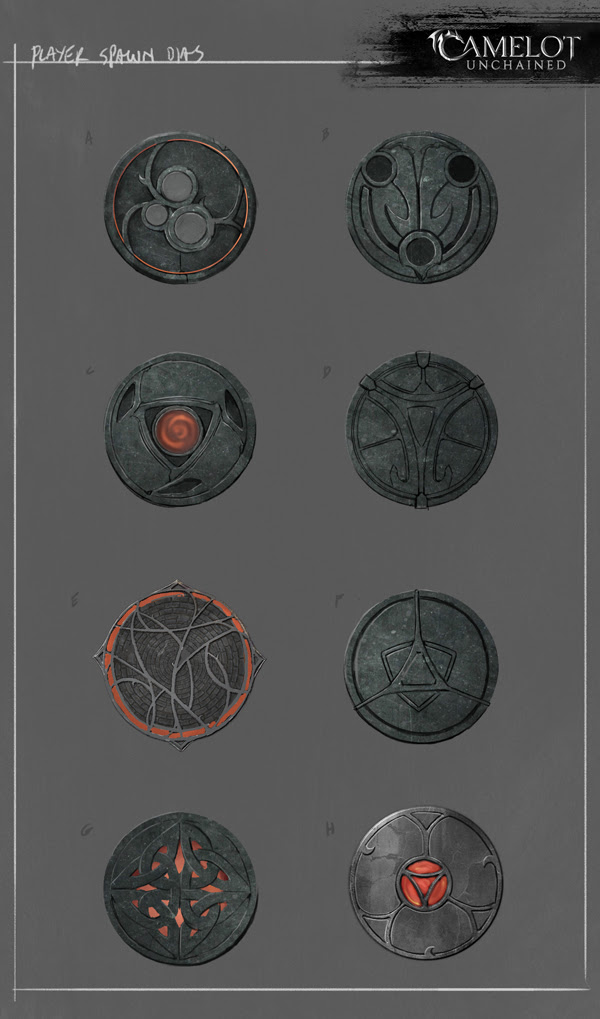 Next, the Physician’s belt! We’ve been talking about the physician’s animations for a couple of weeks, ahead of the animators starting on the actual work. The mechanics of this class are unique, requiring the physician to use the resources he has on his belt. While we still need to do more work on the tech side to support the full scope of the design, we can work on the assets and animations. Getting a model created early will make it easier for Sandra to animate. 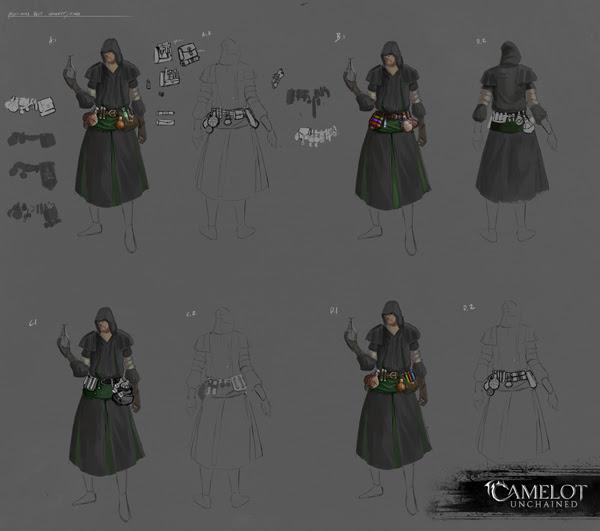 As mentioned above, we have some shots from Mike of his WIP in the VFX editor. First, he’s adding some VFX to the Arthurian spawn point model. 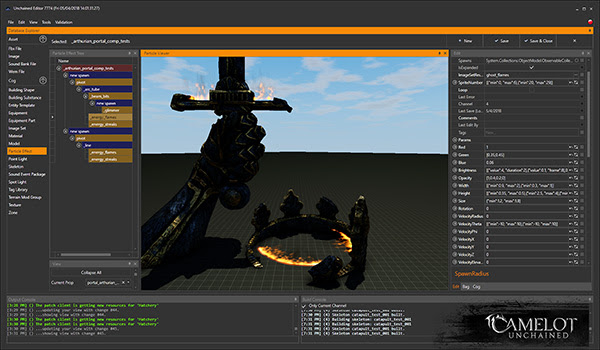 He’s also made some nifty VFX for the crystal, which acts as our “flag” in the future capture the flag scenario. 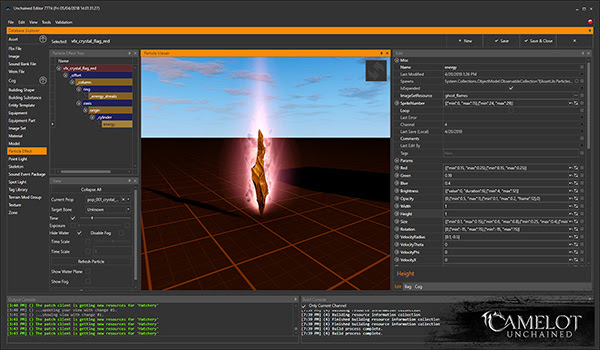 Next up, the secondary NPC spawn marker model from Jon (say that five times real fast)! When players collect and place the crystal in its receptacle at an owned control point, additional NPCs will spawn on this. 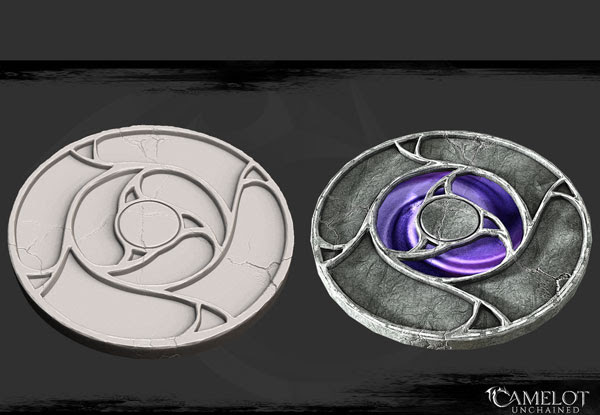 Interestingly, this next model started as something Jon worked on in his free time, then continued a bit this week while waiting for concept art from Michelle. Jon called it a TDD/Depths-inspired statue. 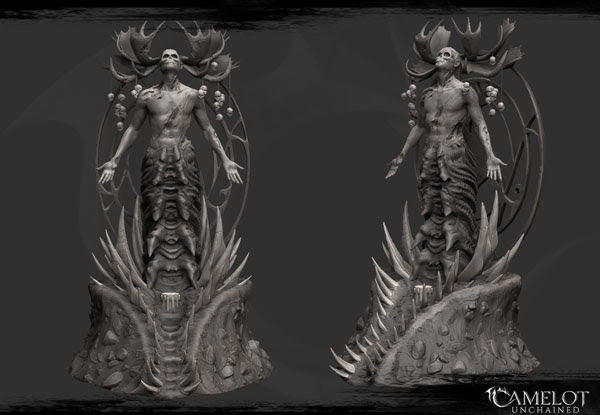 Lastly, we have some of the icon work from James, for the new traits Ben designed. Personally, I (Tyler) love these. I think one of the most underrated art forms in games is the icons, which need to clearly convey what they do at a glance. It’s a tall order! These will probably be iterated upon often, based on Backer feedback. 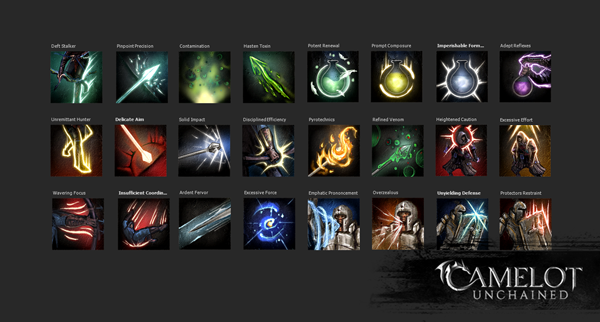 Bonus Image: I (Tyler) made a fun mistake the other day: I accidentally uploaded a tree asset (always with the trees, right?) into the Dragon Fang scenario at the incorrect scale. This tree was exactly 100 times bigger than it should have been. With a bunch of creative developers looking at this, we realized there might be something to this we might possibly, maybe, do something cool with later 😉 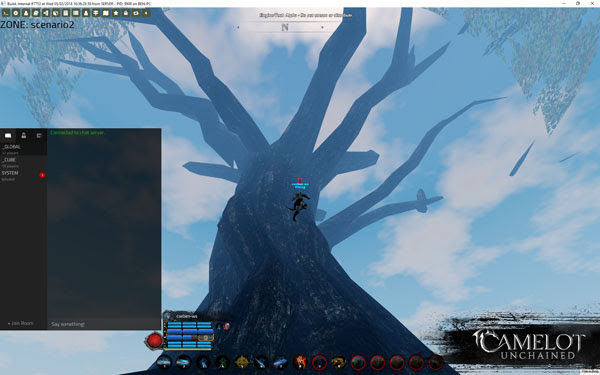 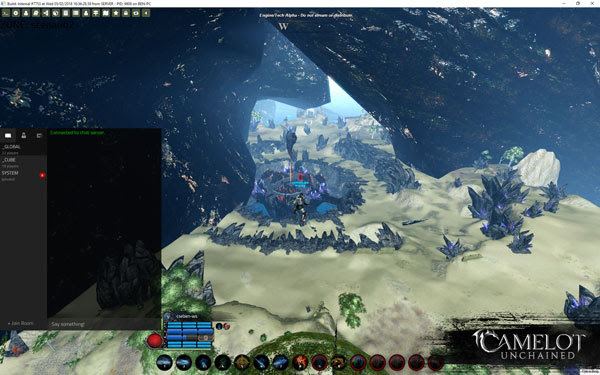 As you can see, the roots of this tree cover a large area of the Dragon Fang map!

That wraps up everything for this week’s update. We’re making really good progress on our goals for Beta 1, and are still on track for our deadline. Also, one last thing: special thanks goes out to Ludovic, who sent us these totally awesome mugs! Thanks very much! We promise to use them for good, clean, caffeinated work! It’s getting very muggy here. 🙂 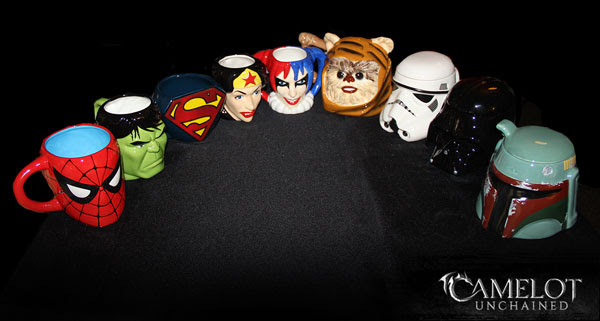 Have a great weekend all, CU next week!