It’s been a highly successful month for all of us at CSE. As you have seen (hopefully) from our 90 Day Plan, we are well on our way of delivering a great deal of content, tech, and improvements to our Backers. In today’s update you see things from the Giants, to the Verdant Forest, fog, to the first permanent area for CU, RvR3. And as always, these screenshots are just as they always are for us, real screenshots, untouched other than when we add our logo or other notices. I hope seeing the screenshots (or you can jump into the game) for the Verdant Forest excites you as much as it does us. For now, we can say that the world of Camelot Unchained is starting to come to life. It’s been a slow and arduous journey but as RvR3 begins to take shape, the patience of all of our Backers is going to be rewarded.

Now time for some art!

As said above in the first parts of this Top Tenish we’re getting in the groove with Giants, here is the first foothold with Fig Bogs! We’ve got load screens for all the boys and girls! 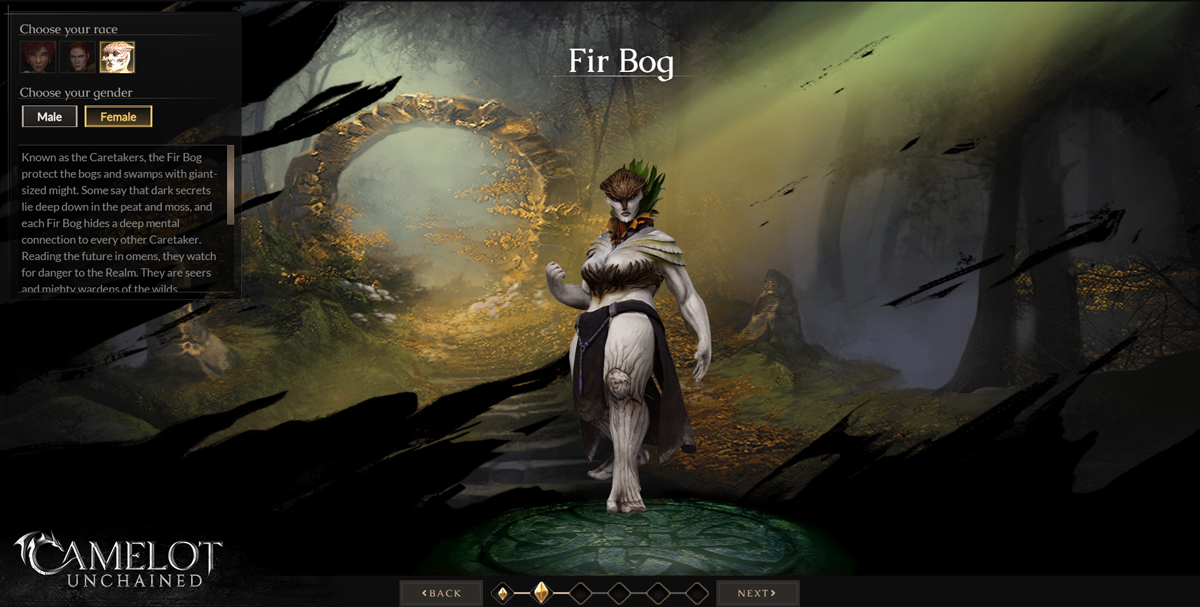 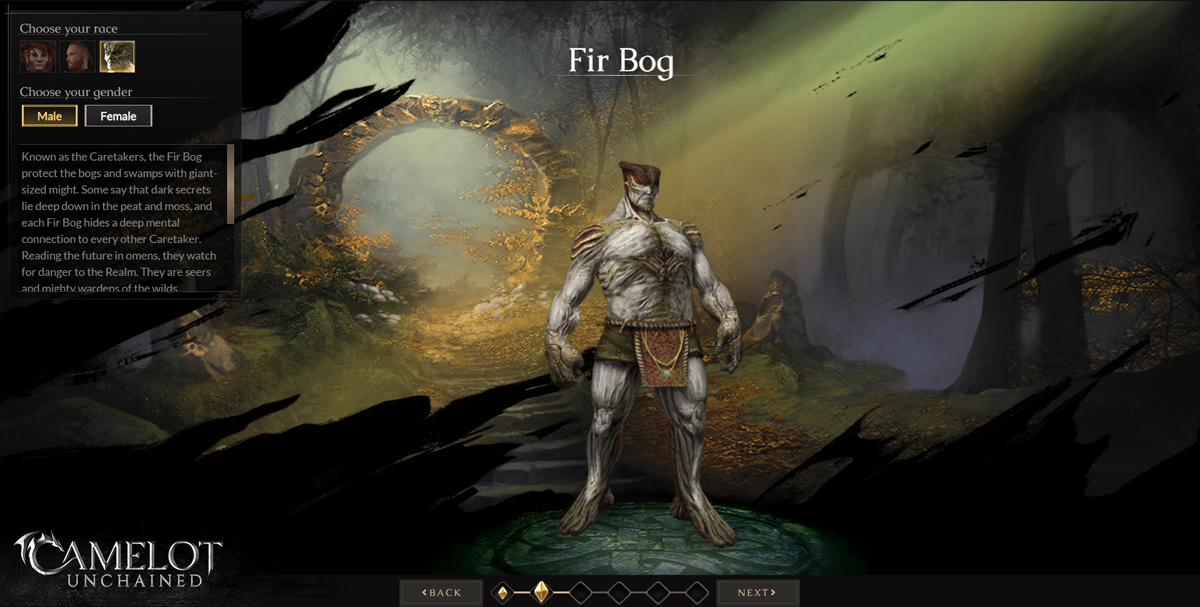 Not only that, but we also have their abilities mapped out and ready to be tinkered with! 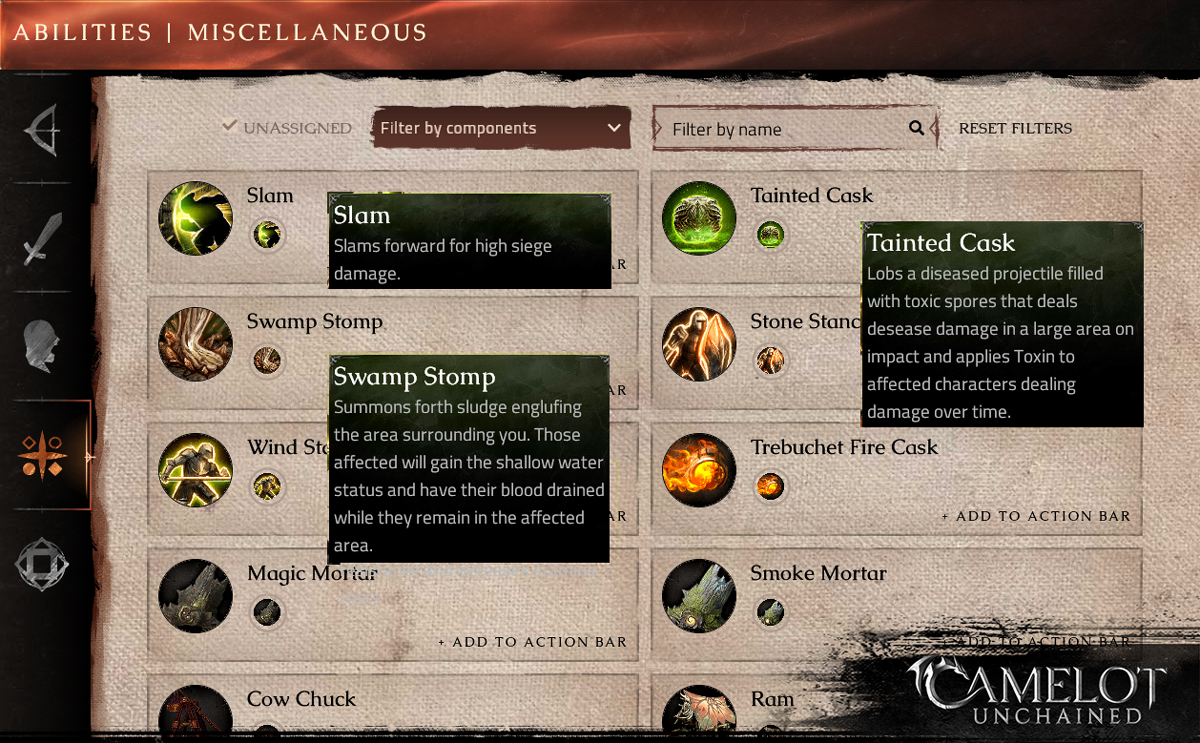 They’re looking quite “smashing” in their preferred environment! Check out them lovely lasses mucking it up in the Verdant Forest in their different armaments too! From Cloth: 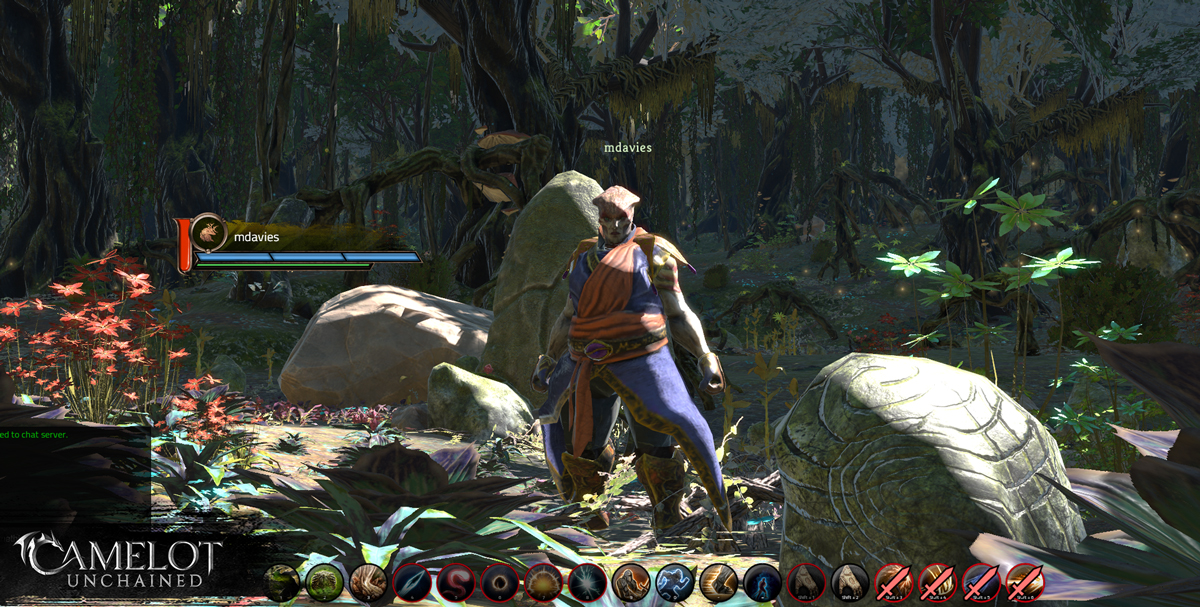 To some heavy armor varieties! 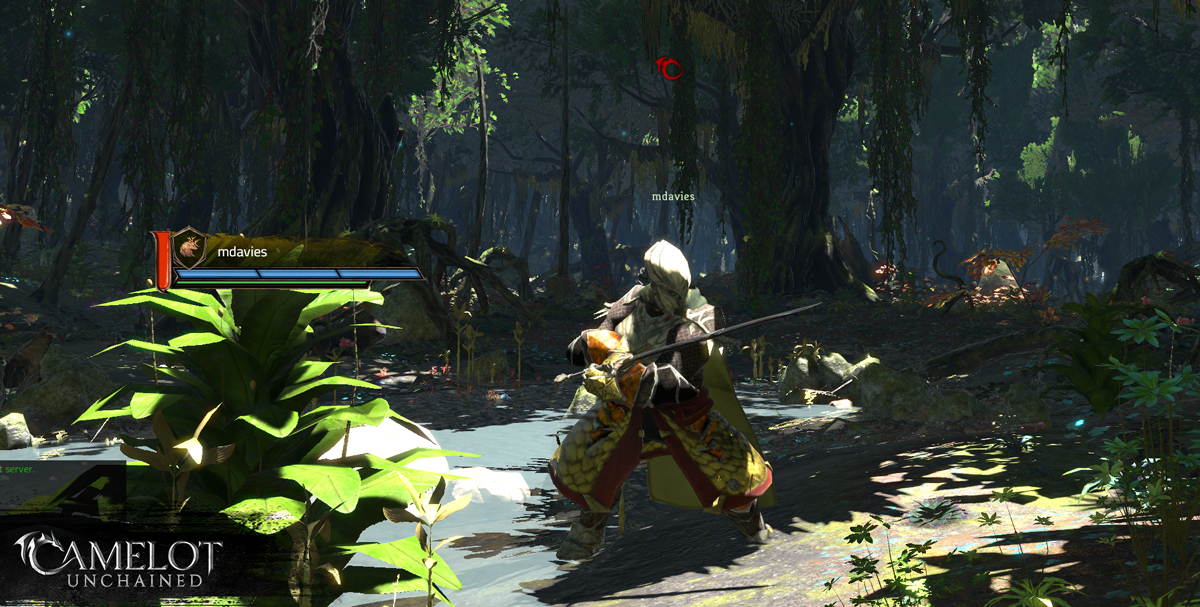 We’ve got more than just giants though; be sure to check out the newsletter as Wylie, the man behind the Fog Machine, has done a write up of the visual goals for fog. Good luck trying to clear a path in some of this!

Environment will definitely benefit from this tech, from spooky rainforests, to haunted castles! It’s only going to get better from here!

Static images are nice and all, and this top one is great! We brought in a second image though that shows off the movement capabilities of this fog, as not only is this concept visually appealing it’s also performance savvy.

We got some “in house” updates as well! No more flying buildings.

Part of those updates around town are the teleportation stones that lead to the Biome Concept Zone! They now have the Verdant Forest spilling over for visual cues! 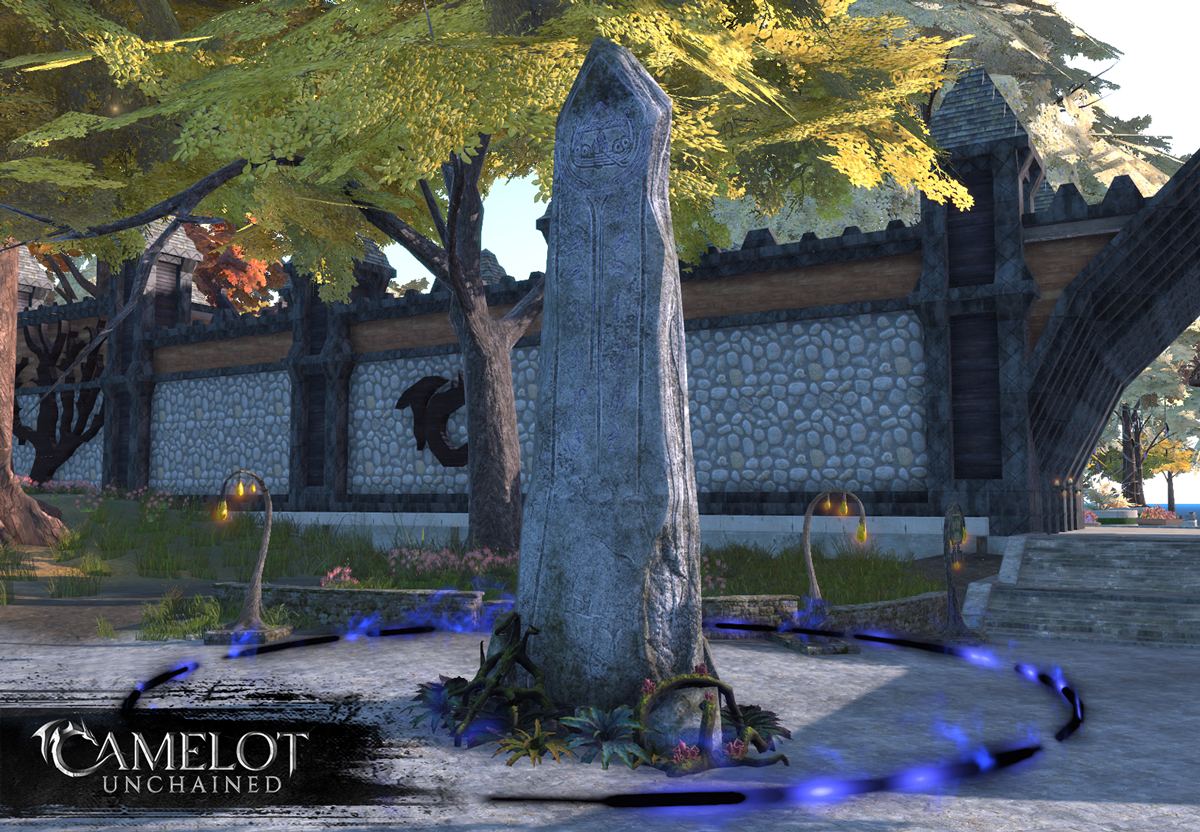 Many other things are happening! Last time we left off, it seems someone couldn’t let things go and graffitied the sign with some bioluminescent slime! We’ve fixed that since the last update though! So it should be all set with the correct words, as you can see below!

Valkyrie has some extra images to flap on about: here were some ladies that didn’t quite make the final cut. They were still super pretty though, so they deserve to see some love. 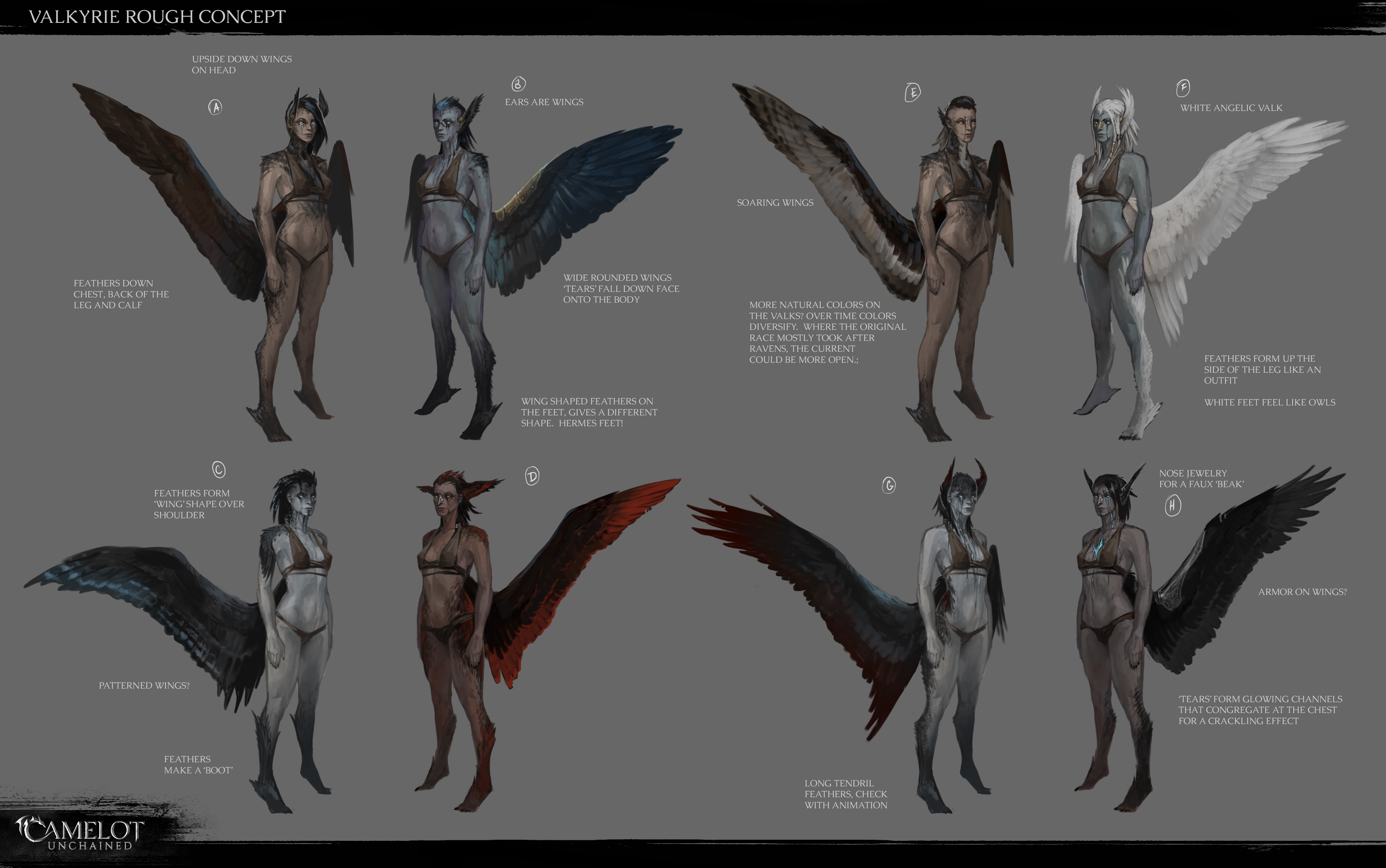 Tina also played around with some wing patterns and color options as well for the winning lass! 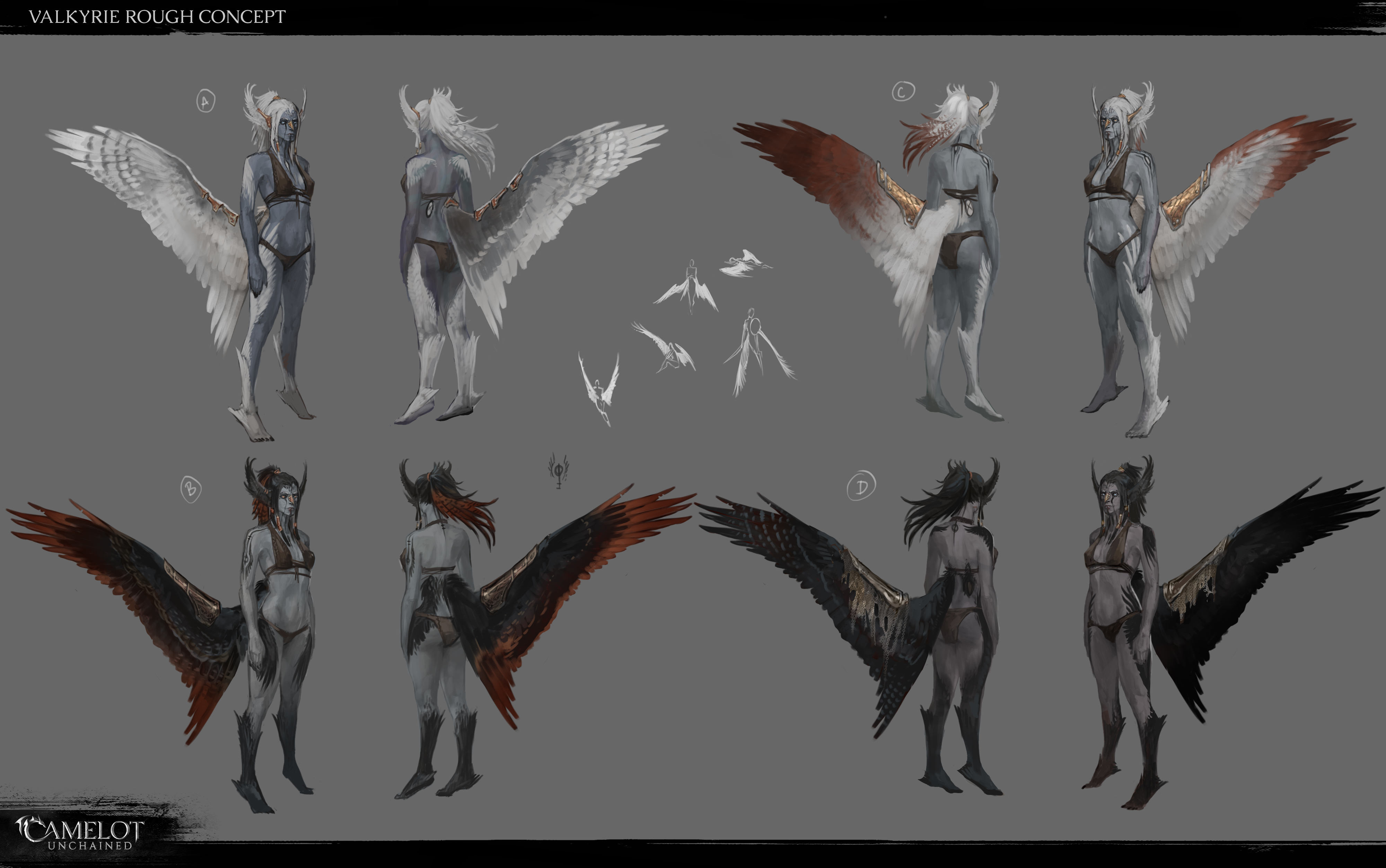 If you didn’t hear from the newsletters, Discord, emails, the forums or from a friend─the Biome Concept Zone is alive once more! It’s got many updates so perhaps you should make like a fairy firefly and flutter on over to check it out in game!

As we have many a time in this art section, we will set sail once more! But this time, how about we roll out with the fog?

But wait, there’s more, lots more as you will shortly have this month’s newsletter in your email with more screenshots, stories, and an article from me entitled Alchemy 101 that not surprisingly, is a teaser for what we’ll be talking about at great lengths in the next few weeks.

As always, we thank you for you patience and support. Please stay safe and uninfected and be kind to others. Hopefully, as I said in today’s livestream, the worst of this pandemic is behind us.

Nuada Prep is now open for another all-weekend test for all of our Backers. Enjoy!