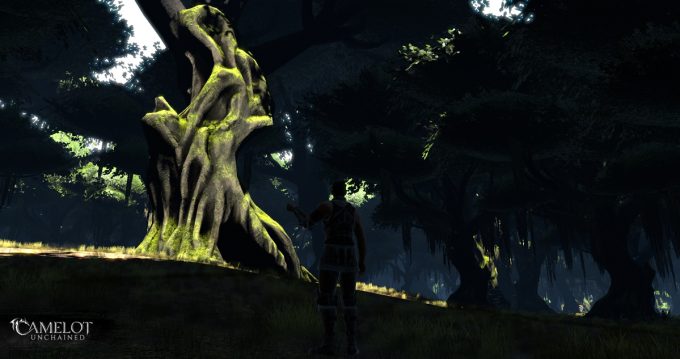 Hey there! It’s been a really quiet month of November for all of us right?!?! 🙂 Now that December is upon us, it’s time to take a look back at some of the work we did on Camelot Unchained in November and what’s coming up in this December. For the last few months we’ve been heavily focused on tech and performance improvements for Camelot Unchained, especially when it comes to AMD cards, forests and large land masses. And while we’ve made a lot of progress in those areas, the importance of those improvements are not as visible as they should be for our Backers. Well, that has already changed a lot and is going to change a lot more over this month. Why? Look at the first item in Top Tenish and also read the newsletter’s stories on RvR3 (linkage here – https://mailchi.mp/citystateentertainment/unveiled-camelot-unchained-newsletter-642356) and the Deep Dark Verdant Forest as well as what we will be focusing on over the next few months. Lots of good, and I hope exciting, things to read about and see, via screenshots and a .gif.

We wanted to showcase some of the technical issues that have been addressed in this month; so we’ll start off strong with some NPC shenanigans that reared their heads.

Bumble and joshisanonymous alerted us to issues from section 4 above! 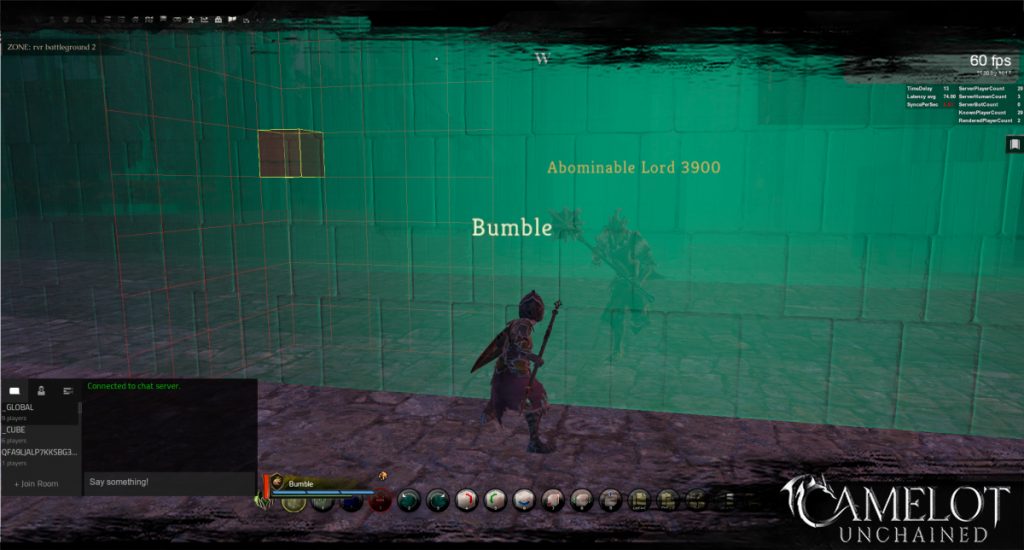 The Keep Lords are no longer taking their breaks inside the walls. 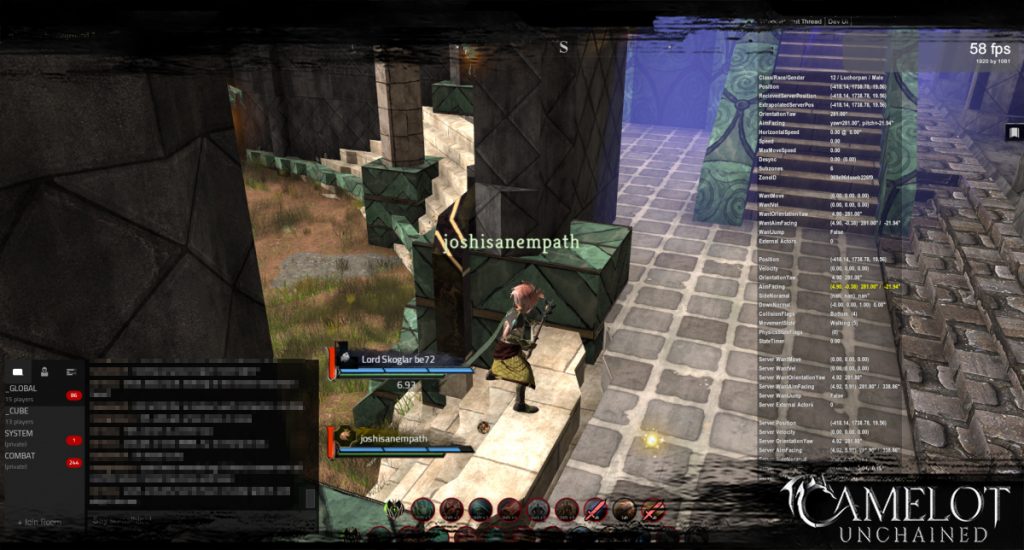 Again from Section 4, we think the TDD were playing a prank on the Viking towers as they were coming in a nice magenta color; Wylie got on that and everything is back to normal. 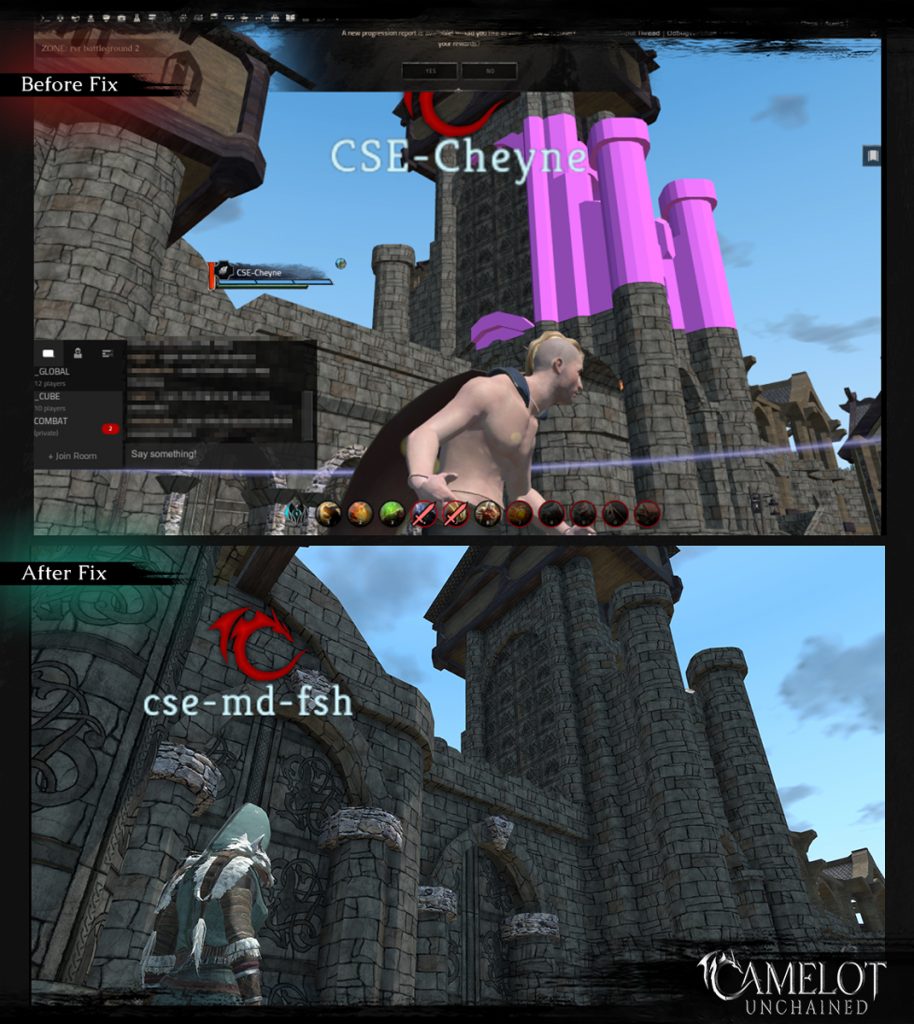 Christina altered the name bars when it comes to Giants so they’re no longer sitting at human height. 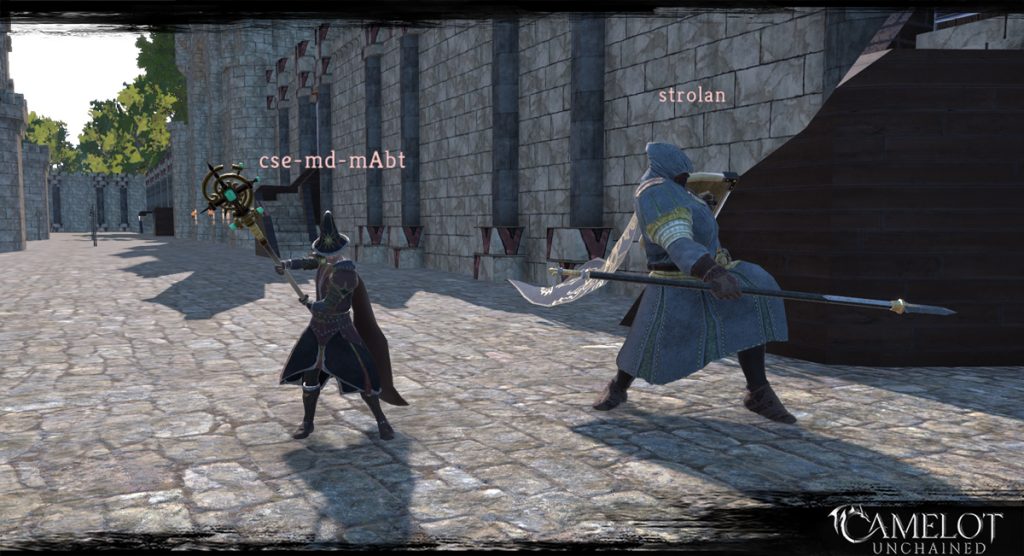 Those of you who have been keeping up with DragonWeb content will be happy to know we’ve been rocking the leylines and pushing out the Arcane Brazier Founts (Transmitters) into the 3D pipeline! Thor quickly crafted the base collection for each of the realms.

We will be pushing later models that will have the magical hologram, but for now they’ll just be using the little glow effects that Cross has given us until we can get them knocked into the crafting system with their various tiers of power.

These objects will also have a minor animation attached to them for their up and down states! So look for that in game and future previews. 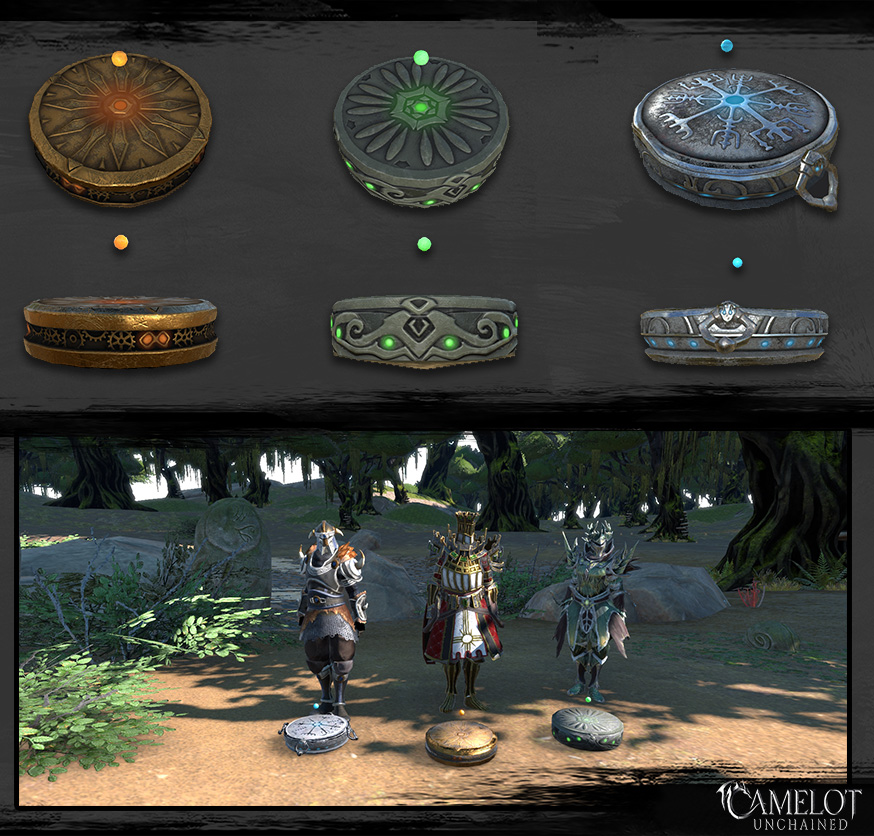 Just to give you a sneak peak for images related to section 1 above, here is a look into the Deep Dark Verdant Forest, first caption shot of the testing Phase 1. If you’d like to see more, check out this month’s Newsletter for a full deep dive! 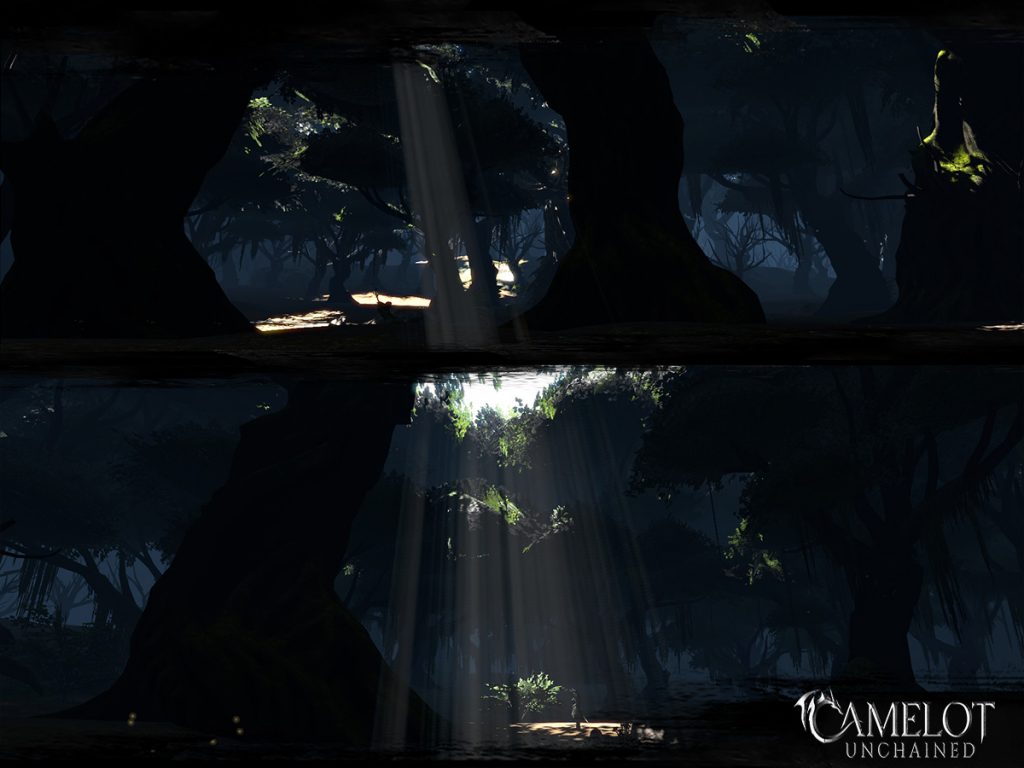 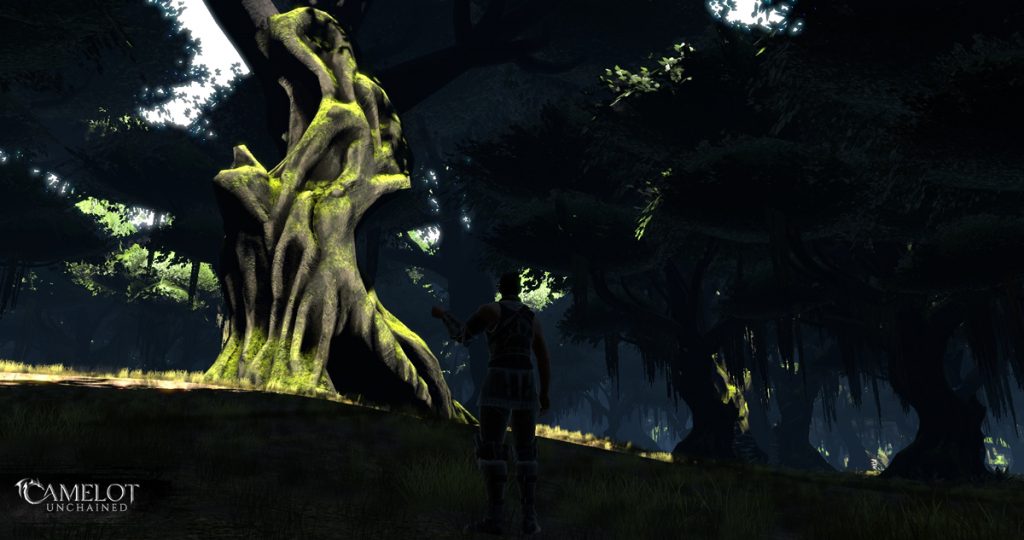 Before we conclude the Top Tenish we got some Giant things! Bouncing off last month’s newsletter we showed you the Giant’s Cask from the various factions, below we give you the mock up of the animation before it’s set up in game!

Giants have had a polish pass their emote animations courtesy of Sandra. Woohoo! 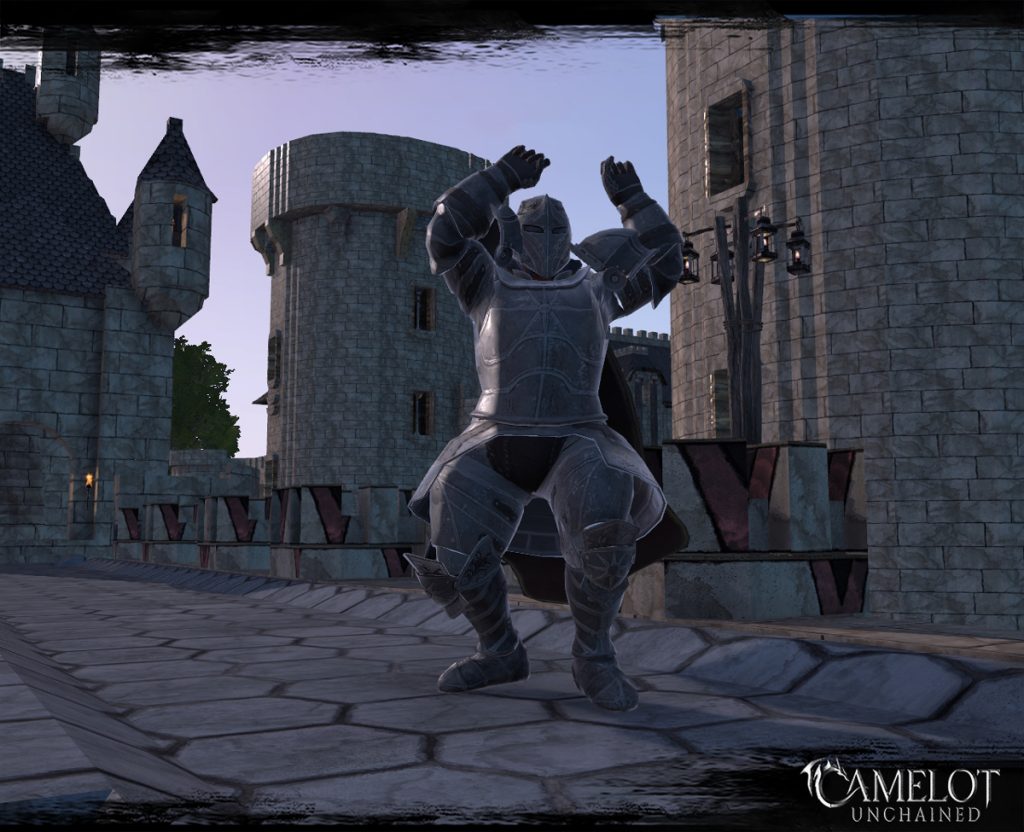 So sit down and rejoice! 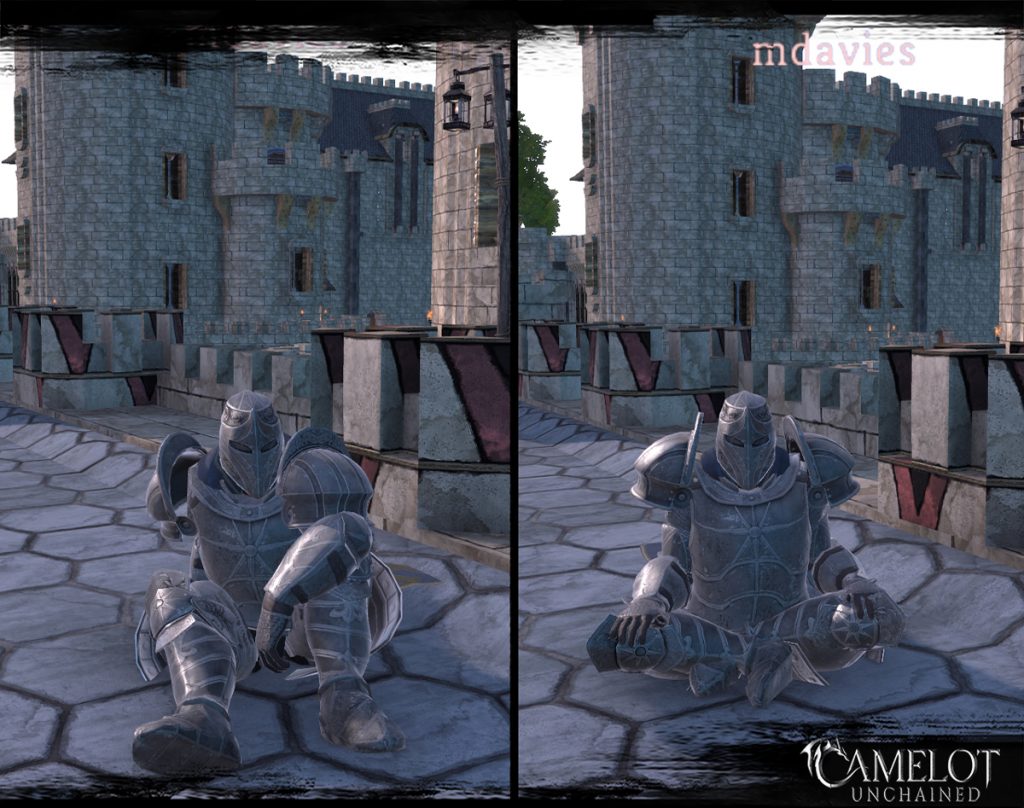 Or give a salute? 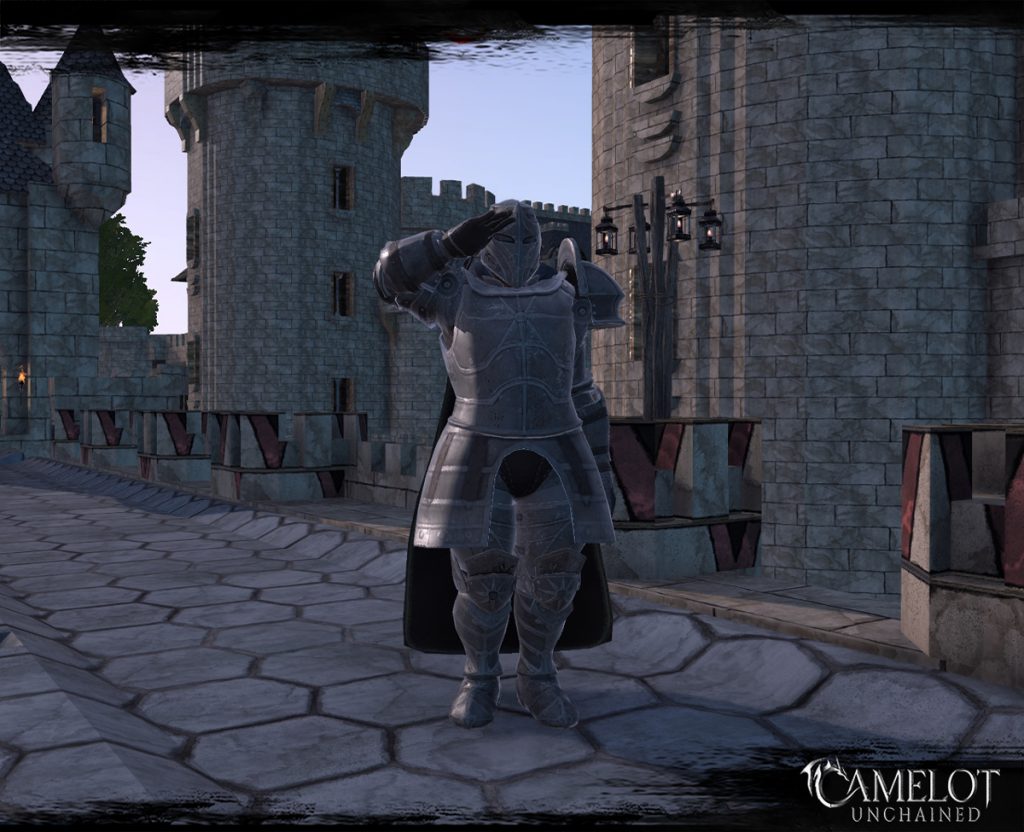 But for now, we can charge ahead to the finish line for the Arthurian Golems, and look forward to seeing them in game soon!

And with that, I again urge you to look through a typical long newsletter (https://mailchi.mp/citystateentertainment/unveiled-camelot-unchained-newsletter-642356) for lots of other information that we hope will make this a December to remember for all of our Backers.

As always, I thank you for your support and patience, especially now. Please stay safe and uninfected and I hope to see you in Camelot Unchained in the coming weeks!