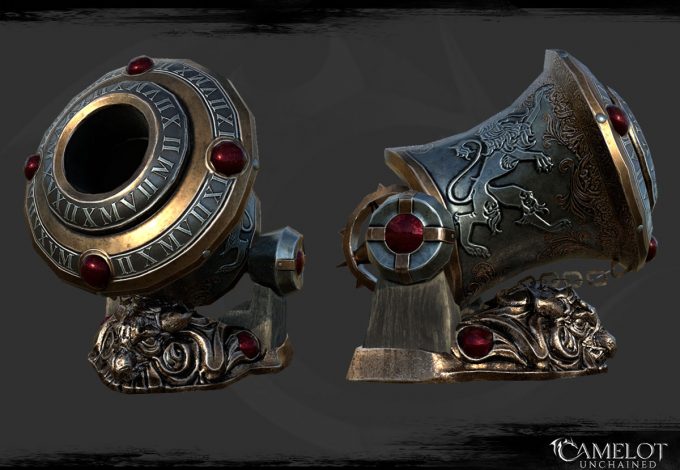 We had a fun and typically busy week here, interrupted only slightly with Mother Nature’s continued attempts to turn the VA roads into icy madness! One of this week’s more exciting highlights was the results of further hardening and performance improvements to the improved ability system! During our test, we got up to 5000+ ARCs and players before hitting the inevitable server death spiral, the result of pushing things to the new–and very exciting–upper limits of what the engine can handle! Very exciting stuff that really paves the way for our upcoming testing in the new scenario map we’ve begun working on. You can read about it, and see some early work from our Backers on the castle in it, in our February newsletter HERE.

This weekend, we are planning on an “ARC AoE AInsanity” Test!  If you haven’t seen how our engine performs in a massive battle, you should totally try and check out this test! Details below.

Stay tuned for an additional email with additional information. We’ll CU there!

Keep an eye on our tentative testing schedule next week for further testing.


If you missed today’s livestream update and Q&A with Andrew, Ben, and myself, you can find that HERE.

For art this week, we start off with high poly sculpts and renders, with materials, of the Arthurian and Viking magic mortar models.

Personally, I can’t wait to use these in-game. It’s also really fun to see these go from concepts to models. You can see the concept art HERE and HERE.

Next, we have these really awesome pieces from Michelle representing each of the classes as elements in the new ability builder UI.

Lastly, we have continued work on the possible light armor re-skins for mage testing – with a bit more polish and new headgear.

Honestly, even though we painted these as re-skins of existing geometry, time allowing, I’d love to make some of these. I totally want the Arthurian robe and shoulders in the middle image!

A big thanks from all of us in both offices goes out to our Rich Creepy Uncle, who sent us pizza to end the week on a fantastic note! Thank you so much!

And yes, we totally staged the cheese stretch in that image with me. That’s what we decided to call that, a “cheese stretch.” Anywho, that’s it for this week’s update. Lots of exciting things going on, with some damn good results as we continue working on Camelot Unchained. And this isn’t even mentioning the next round of features we’re planning out right now!

Have a great weekend all and we look forward to seeing you in our test this weekend! -t